It is Wednesday, so “What is in the Attic with Jim?” 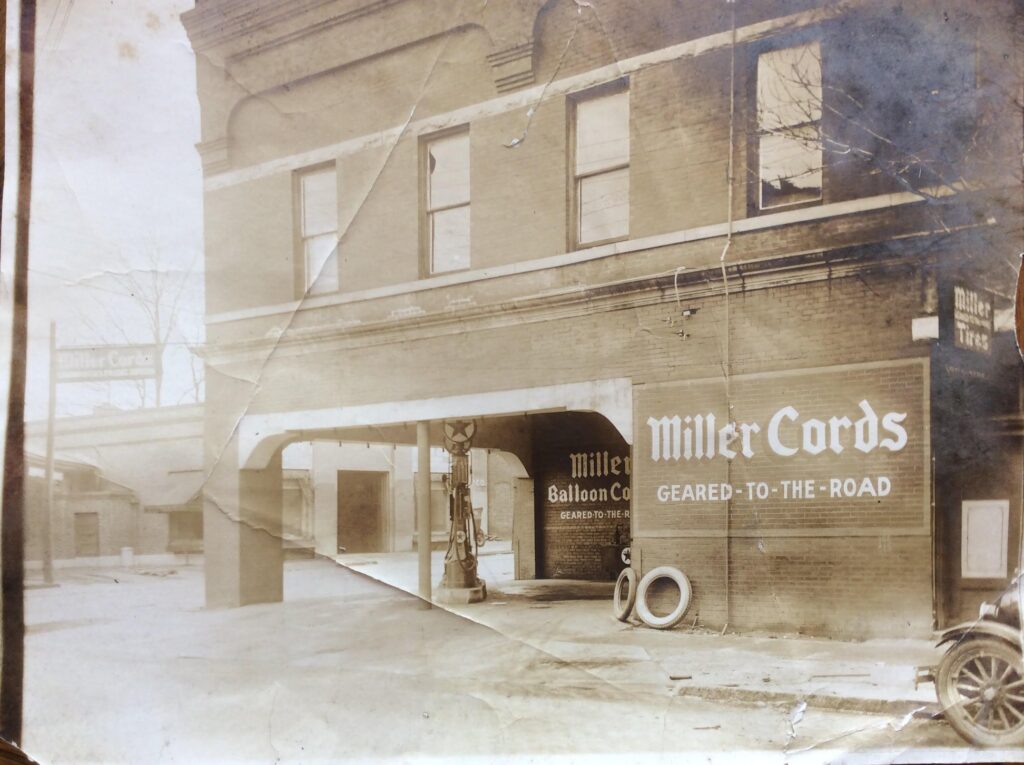 Jim has an exciting new photo to show you, courtesy of John Mason. It is 202 Craven Street, at the northeast corner of Craven St. and South Front St. which is now occupied by Nautical Wheelers. It once was the site of the Craven Foundry and New Bern Iron Works and Supply Company.

Below are a 1910 photo of the Iron Works, as well as a 1971 photo from the Albert Brooks Collection. 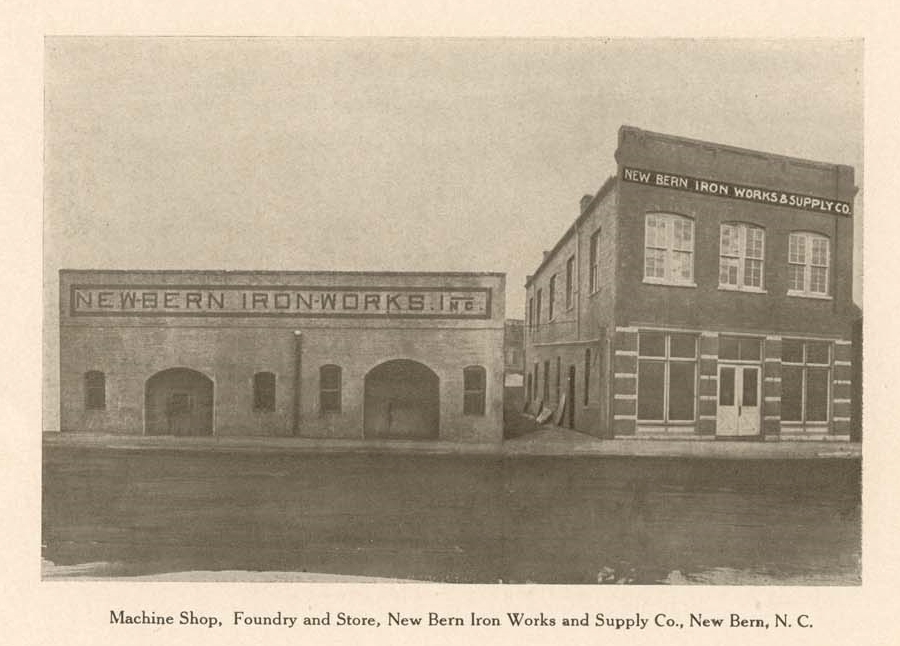 So Jim was perplexed at first. It appears to be the same building, looking at the South Front Street side. What was this gas station pump doing there? We thought the name of the Company was Miller because of the signage on the building. But, it turns out Miller was the name of the tires that were sold there. There is a sign that says Miller Balloons. When we realized that balloons were a type of tire, that gave us the clues we needed. The balloon tire was a tire that was invented by Firestone and unveiled on April 5, 1923. The Miller Rubber Company of Akron Ohio made these tires beginning in April of 1924 (a balloon tire is a flexible low-pressure pneumatic tire with a large cross section designed to provide cushioning). So we knew this service station had to be later than April of 1924. We started searching through Business Directories and in the Hill Directory for the 1920’s discovered that this photo is of Cavanaugh’s Filling Station. 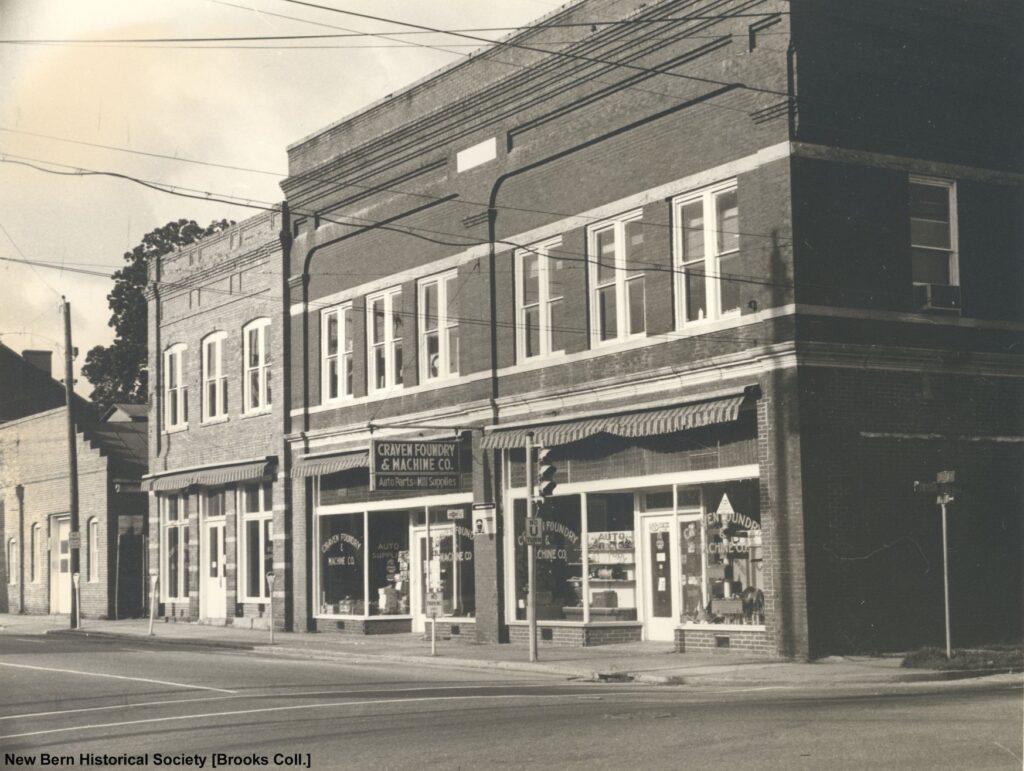 We searched through Newspapers.com and found the earliest ad for Cavanaugh’s in the Morning New Bernian dated 07 Oct 1924 as follows:
"Visit our New Drive In Filling Station for Gas, Motor oils and Automobile Service. Cavanaugh’s Filling Station Northeast, Corner Craven and South Front."

Many of you will recognize the Texaco star on the gas pump. For the rest of 1924 Cavanaugh’s advertised that you could tank up at their service station and they would give away appropriate Christmas gifts for free.

Cavanaugh’s incorporated on 28 Aug 1930 with the owners being H.L. Cavanaugh, Walter L. Cavanaugh and F.O. Beverly of New Bern.

In the Miller’s New Bern Directory of 1947-48 Cavanaugh’s was listed but was located at 418 Broad Street. We ran out of time with this search today, but will keep trying to find out more information. If anyone has any added info, please let us know. 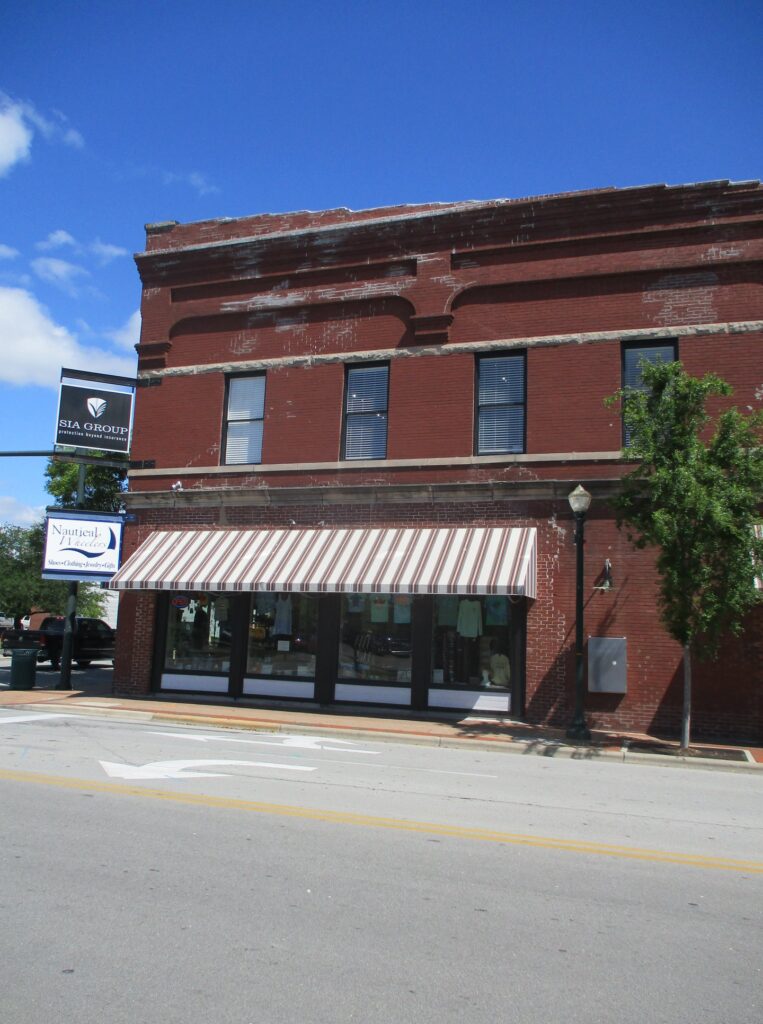 Here's the same corner today with Nautical Wheelers occupying the ground floor.  So when was the top photo taken? We do not know, but we love mysteries!