I have always been puzzled as to the oldest surviving residential structure in downtown New Bern. When asked from time to time as to which house has the acclaim, my response has routinely been inconclusive. A few months ago, armed with Peter Sandbeck's authoritative book The Historic Architecture of New Bern and Craven County, North Carolina1, I set forth to determine the absolute 'Title Holder '.

While this may not seem like a difficult task, it proved more challenging than anticipated for two reasons. First, over 250 years have lapsed since these structures were built, and, if detailed records ever existed, they have for the most part been lost, altered, or forgotten. Second, most of these structures were built over a period spanning several years, if not several decades.

After my initial research, I narrowed the search to seven structures presumed to be built prior to 1769. Let's first look at two of them:

1.  The Haslen Dependency, home of the New Bern Preservation Foundation, is currently located behind the Attmore-Oliver House on the Historical Society's downtown campus. The brick structure predating 1761 was originally situated on the west side of the 300 block of East Front Street. To prevent demolition, it was relocated in 1980 to its present location. By 1985, it had been completely disassembled brick by brick and recreated based on its original dimensions with a concrete block infrastructure and faced with the old bricks. In the spirit of accuracy, the fact that the structure is a recreation and not a bona fide residence, in my opinion, would disqualify it from title consideration. 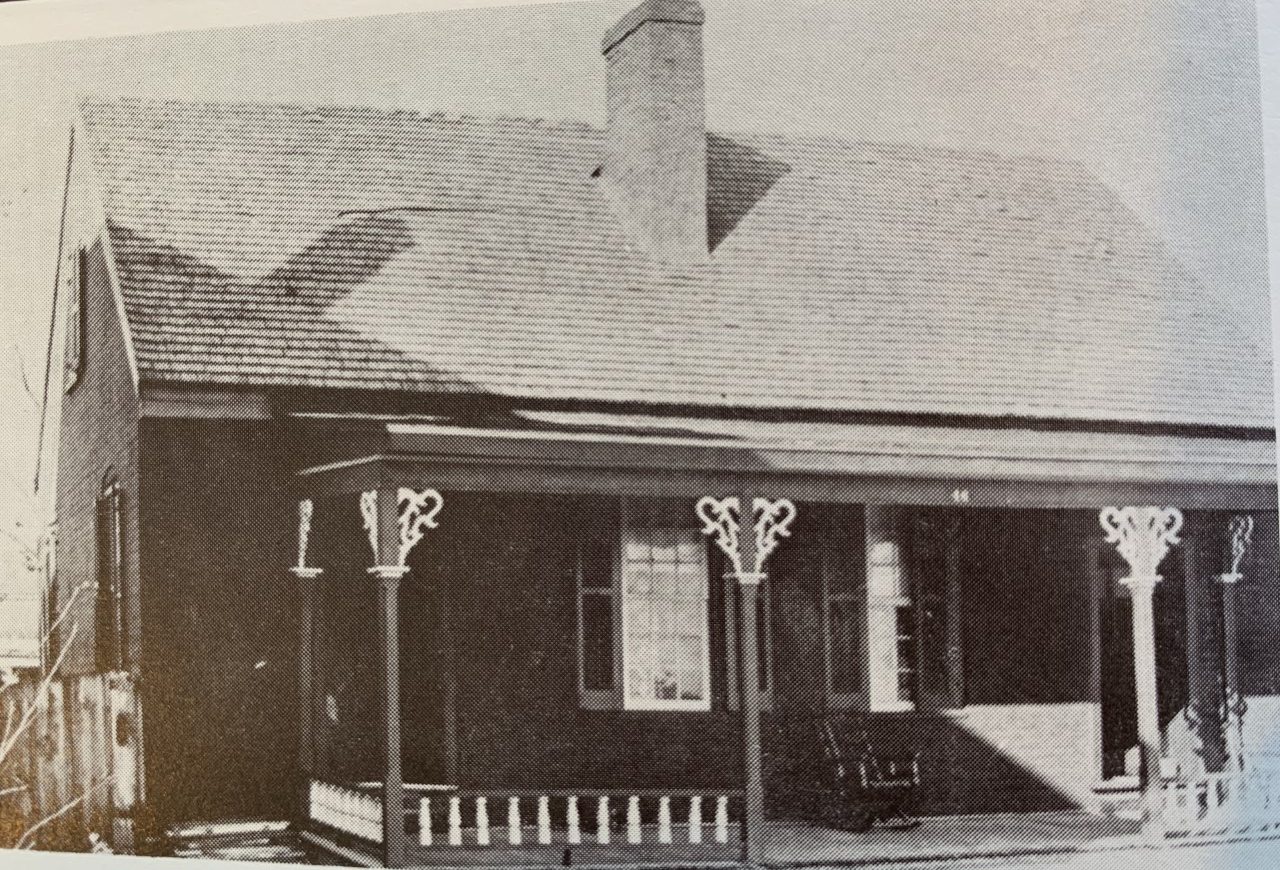 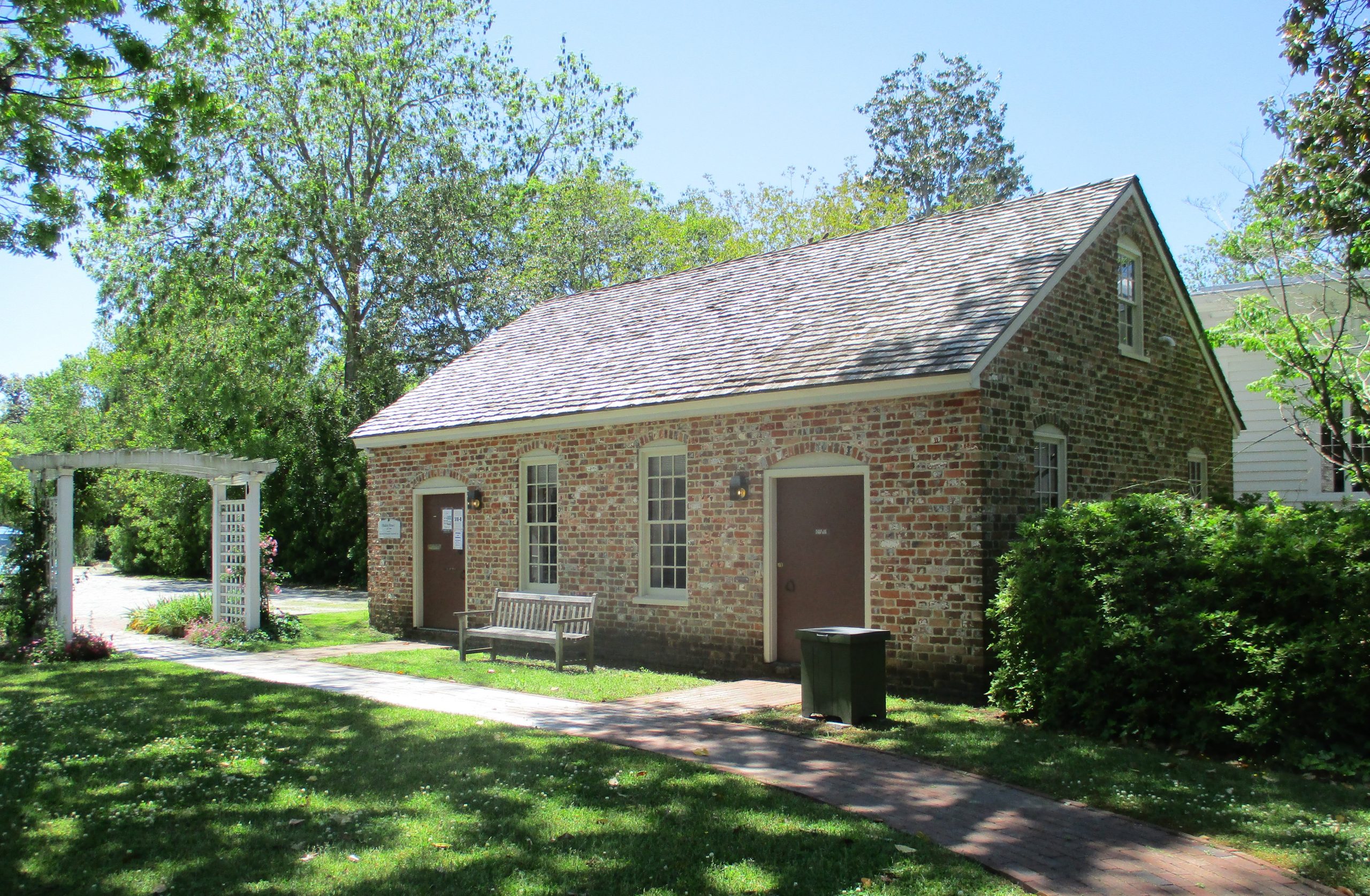 2.  The Tryon Palace complex consisting of the Georgian manor house connected by a curved colonnade to the East ( Kitchen ) Wing and the West ( Stable ) Wing was constructed 1767-1770. Destroyed by fire in 1798, only the West Wing survives today after undergoing extensive restoration during the 1950s. Although converted for residential use in the 19th and first half of the 20th centuries, it is important to remember that its original purpose, as well as the major restoration, was as a stable and not a residence. Therefore, on this basis, I don't consider the West Wing a contender for the oldest downtown residence. 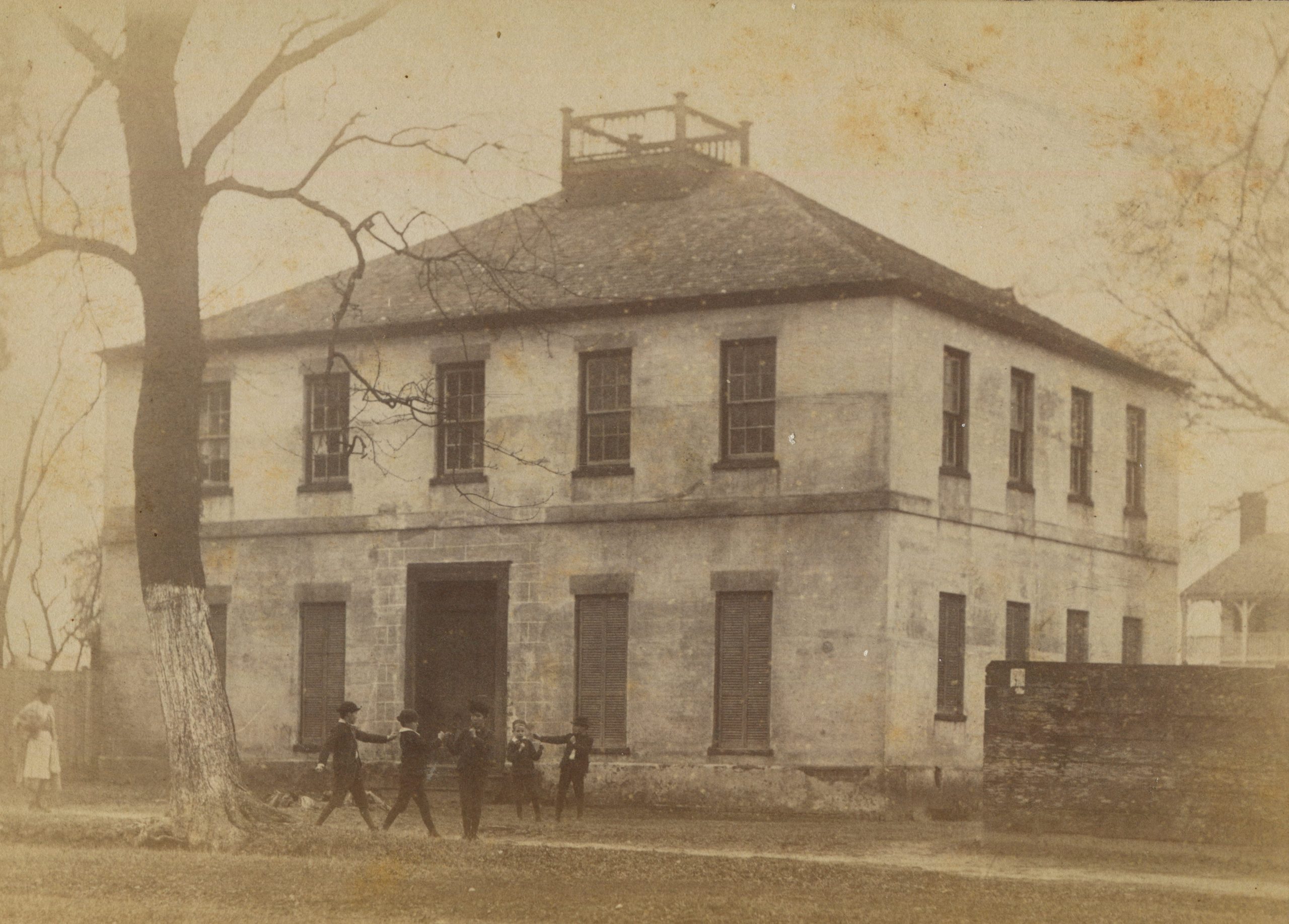 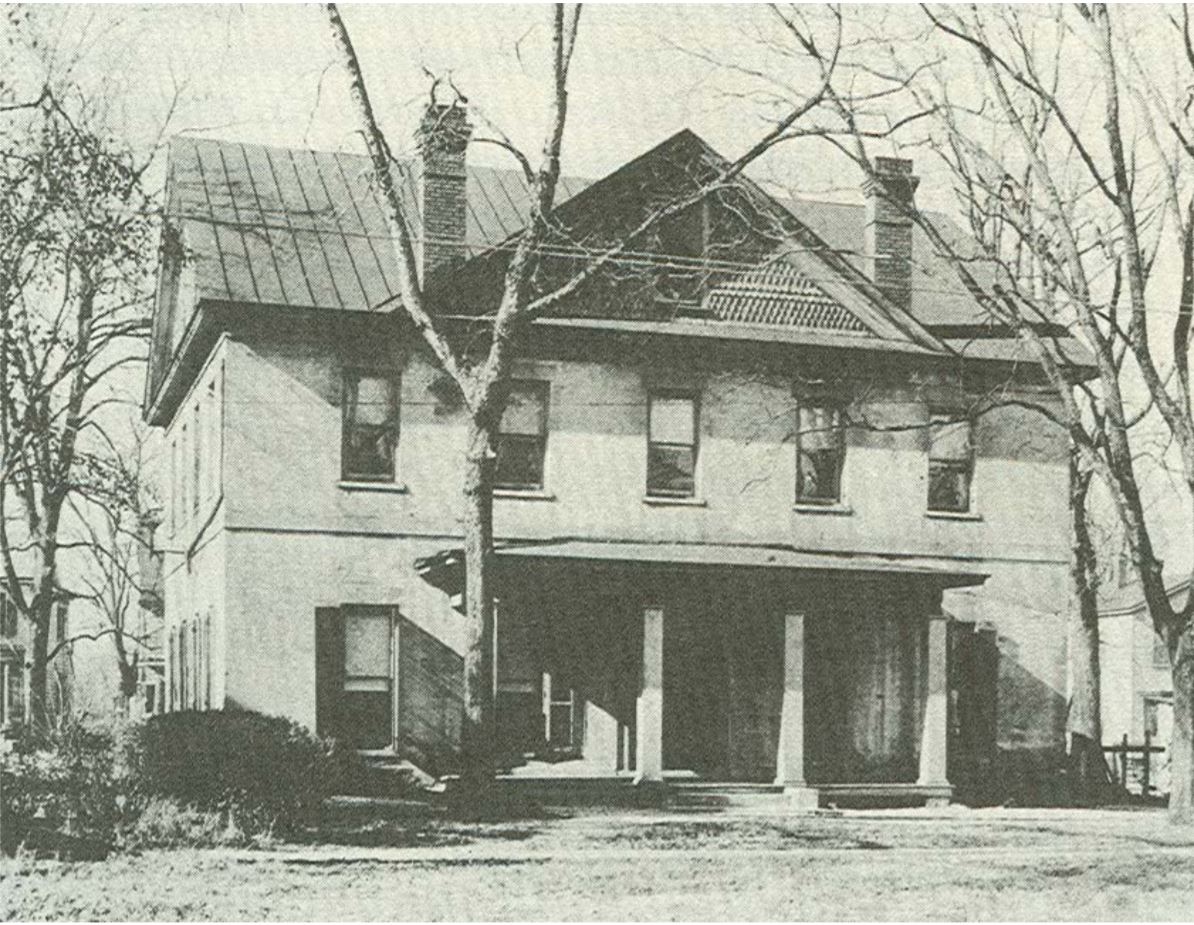 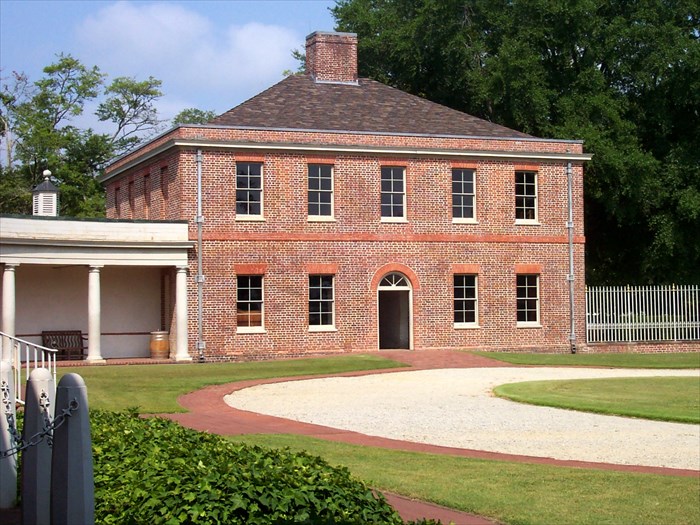 That leaves the following five residences as viable candidates for the distinction of being the oldest residence in downtown New Bern:

Based on Sandbeck's research findings, this Georgian gambrel-roofed house was built possibly by 1747 and was definitely standing by 1774. The house underwent a major rehabilitation in the late 20th century by Ben Parrish and Newsom Williams. No verified construction dates and related information are available. You can see it still standing today at 823 Pollock Street. 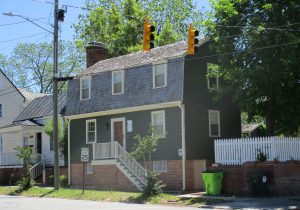 Constructed circa 1760-1769, this Georgian gambrel-roofed house was originally located on the East side of the 300 block of Hancock Street and moved in 1975 to its current site at 517 New Street. Deed records indicate that the house or a portion of the house was on its original site when it was purchased by New Bern merchant John Green in 1763. It was later owned by Francis Hawks who was the son of Tryon Palace architect John Hawks. 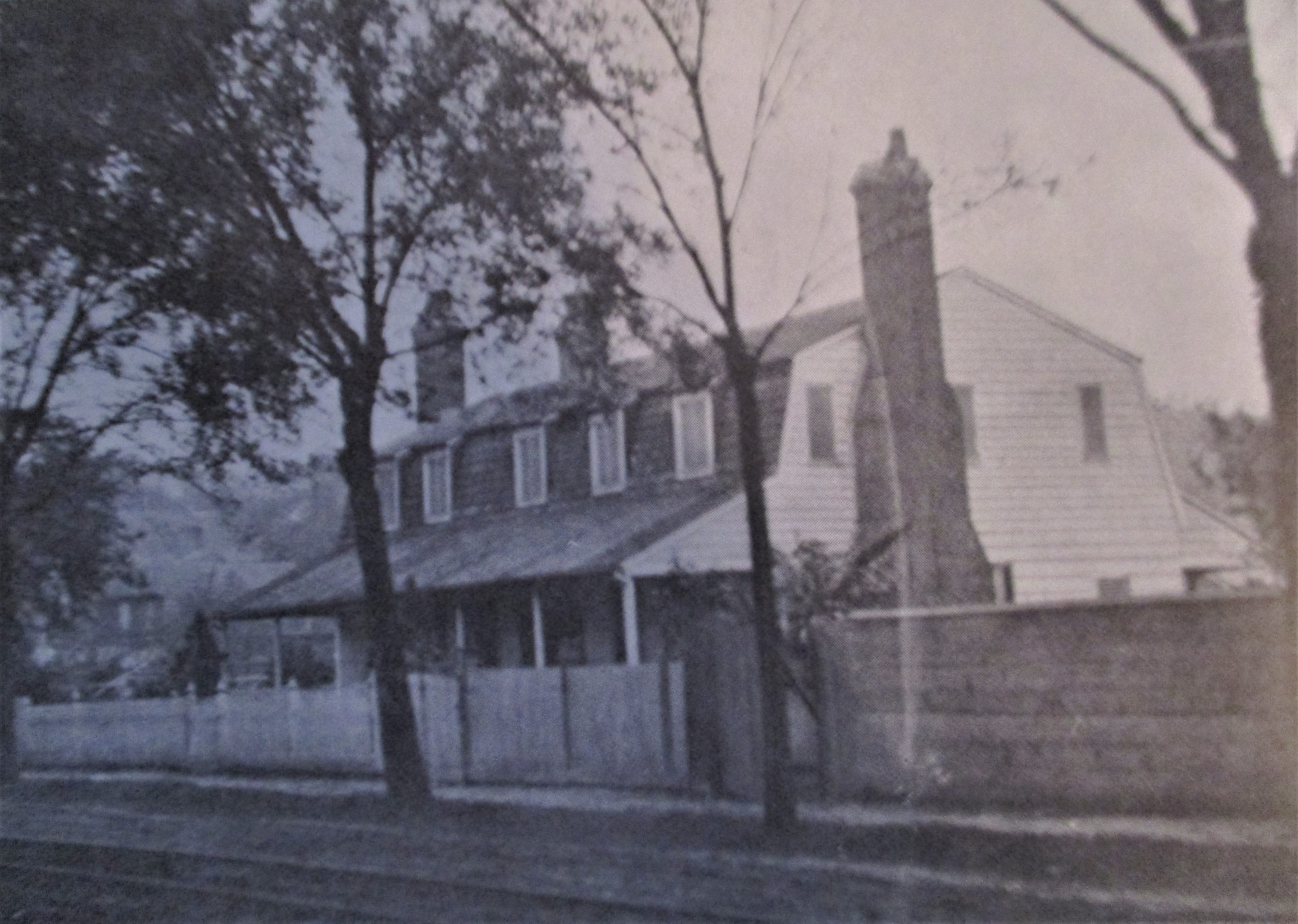 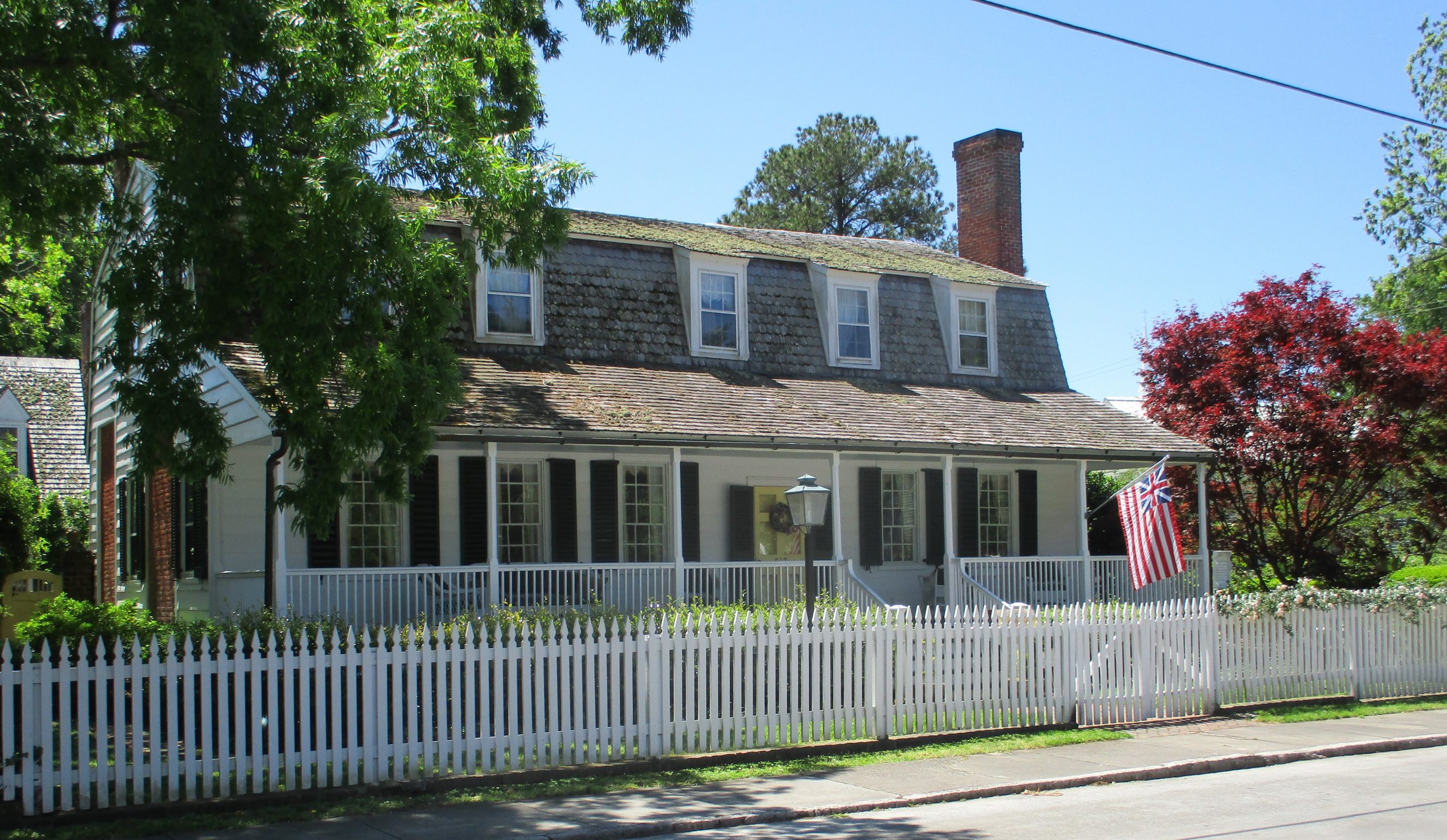 Located at 715-717 Pollock Street, the earliest portion of the present day house was built 1760-1770 for a member of the Carruthers family. This picturesque house demonstrates both Georgian and Federal style influences and was inherited in 1860 by Edward Forbes, rector of Christ Episcopal Church. 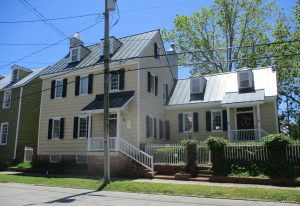 Another gambrel-roofed house located at 616 Middle Street has encountered numerous alterations over time. Deed records indicate that at least part of this house was constructed as early as 1760-1780. Later acquired by Elijah Clark, a successful merchant and civic leader, who is recognized as one of the three founding members of First Baptist Church. 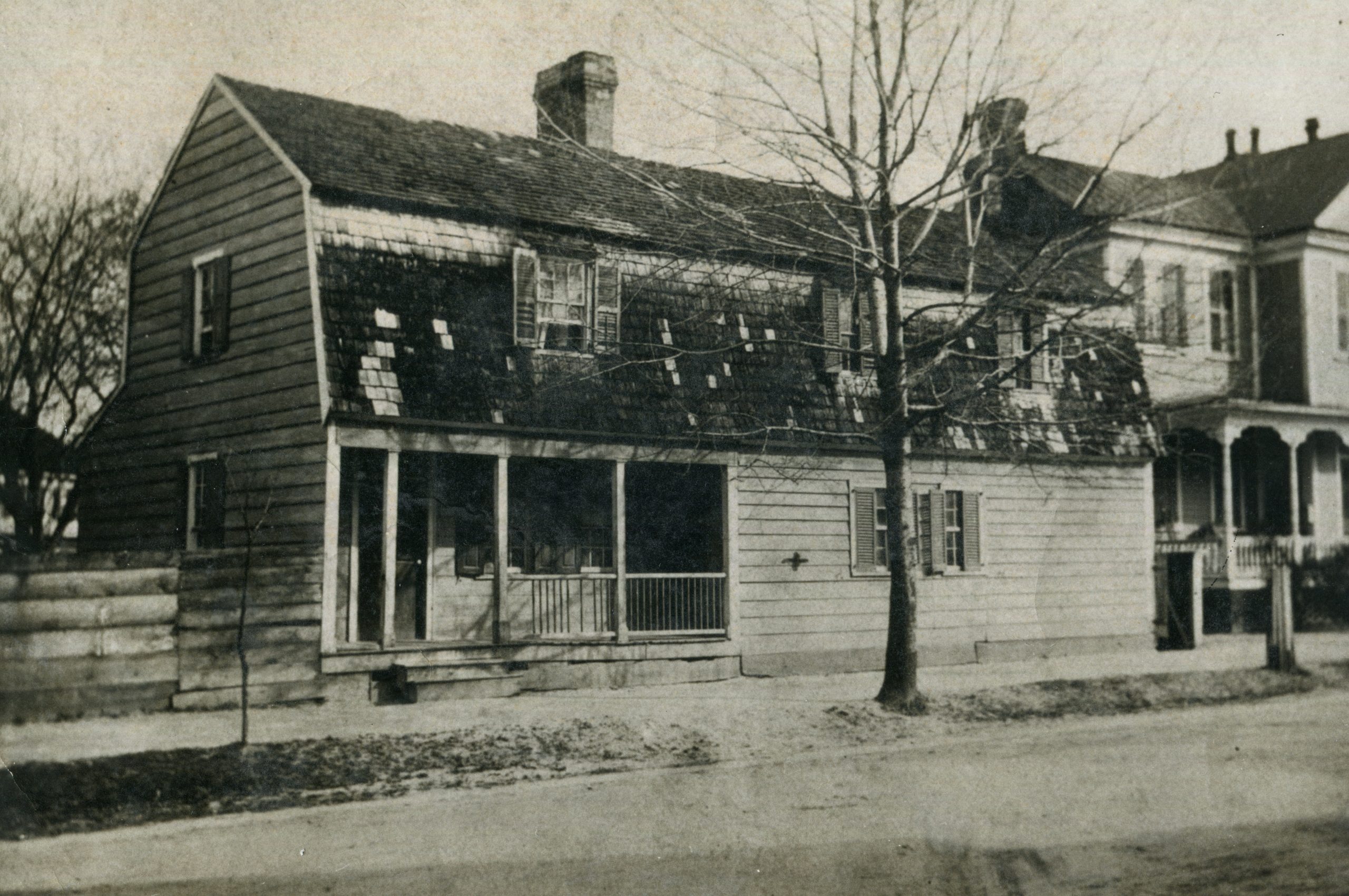 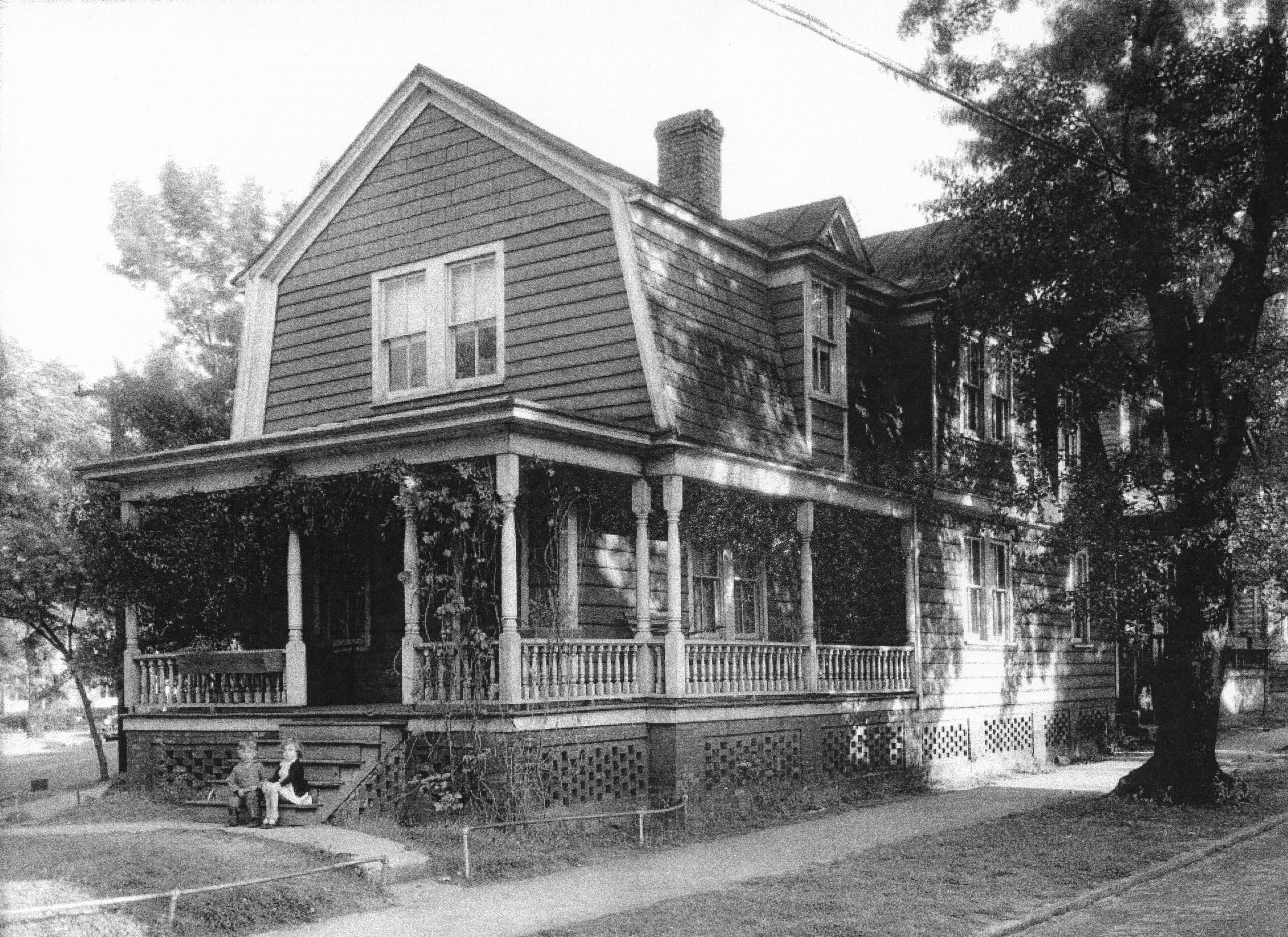 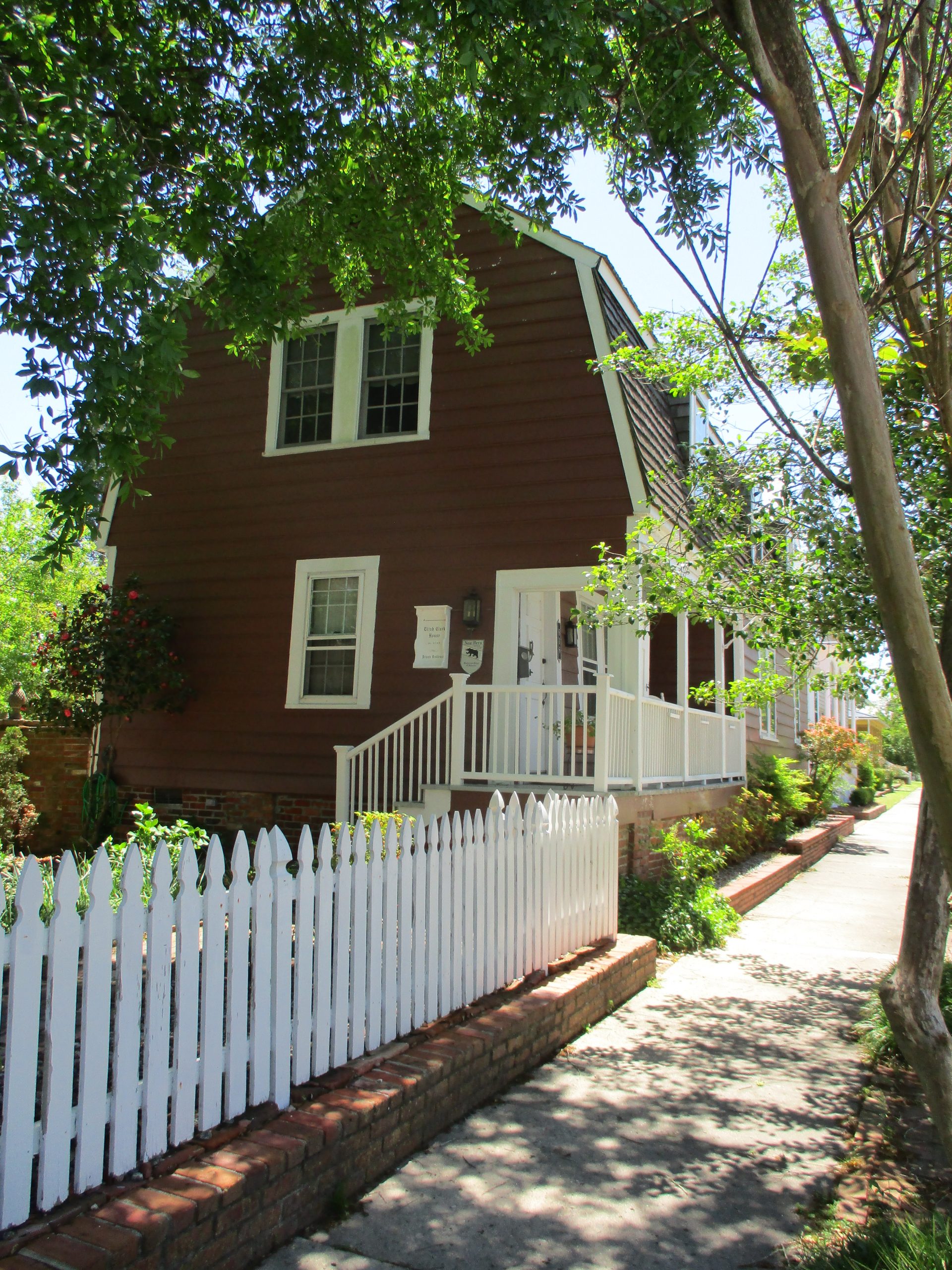 This elegant Georgian style house was built 1767-1769 for Robert Palmer, a local jurist. The house is seen at its location on Sauthier's 1769 map of New Bern. Another owner of note was William Tisdale, a successful gold & silversmith, who designed the North Carolina great seal in 1778. The house still stands proudly today at 520 New Street. 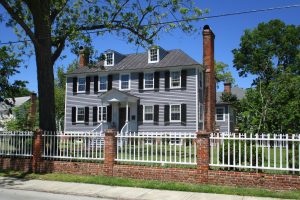 There you have it - the results of my efforts to determine undeniably the oldest residence in downtown New Bern. Cases have been presented for multiple bona fide candidates. In conclusion, it is my opinion that due to the absence of absolute fact, the jury is still out and I cannot in confidence cast my vote for one single 'Title Holder'.

What do you think? I would enjoy hearing any constructive information or comments you may have.

1The Historic Architecture of New Bern and Craven County, North Carolina, published in 1988, is the result of a seven year project by architectural historian Peter Sandbeck, then Restoration Specialist for the North Carolina State Historic Preservation Office, to inventory and research Craven County's historic buildings. Construction dates were established through study of research findings in conjunction with analysis of architectural and technological details, including nail types, molding profiles, saw and plane marks, and construction techniques.