Jim has been practicing "social distancing" and has been up in the attic again. Here is a ration book, ration card and ration token from World War II.

War ration books were produced by the United States Office of Price Administration in 1942 when United States officially entered the Second World War. Shortages of essential war materials such as rubber, gasoline, and sugar were initially anticipated, but soon rationing grew to include food as well as fuel and sugar. Most commodities where removed from rationing by the end of 1945. The exception was sugar, which continued to be rationed into 1947. 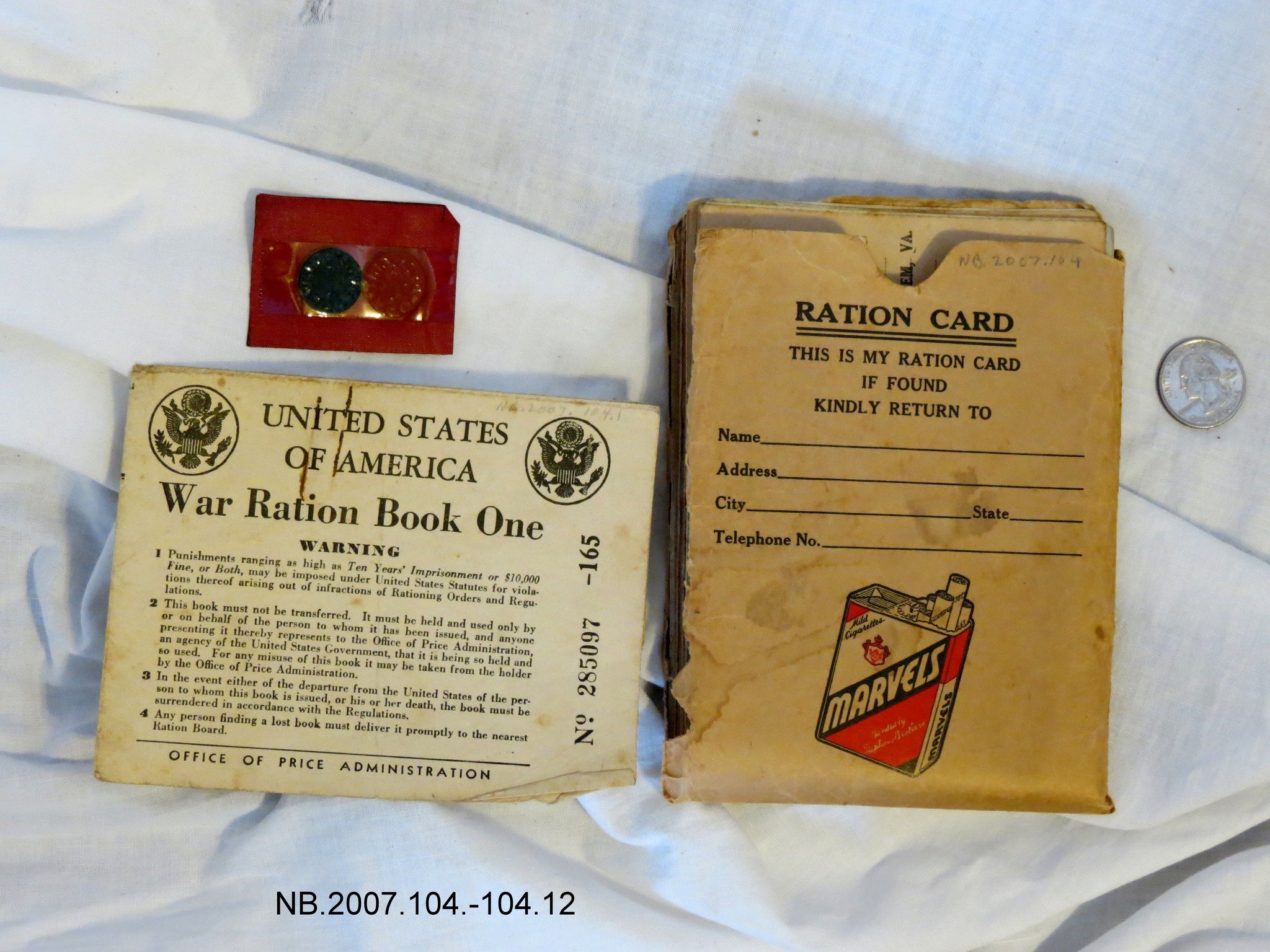 Do any of you remember finding any of these in your memorabilia in your grandparents home?