This is a Metal Mast fitting from a Union gunboat recovered from Fort Thompson during Battle of New Bern 14 Mar 1862. Presented to the Historical Society by Charles Kassay. 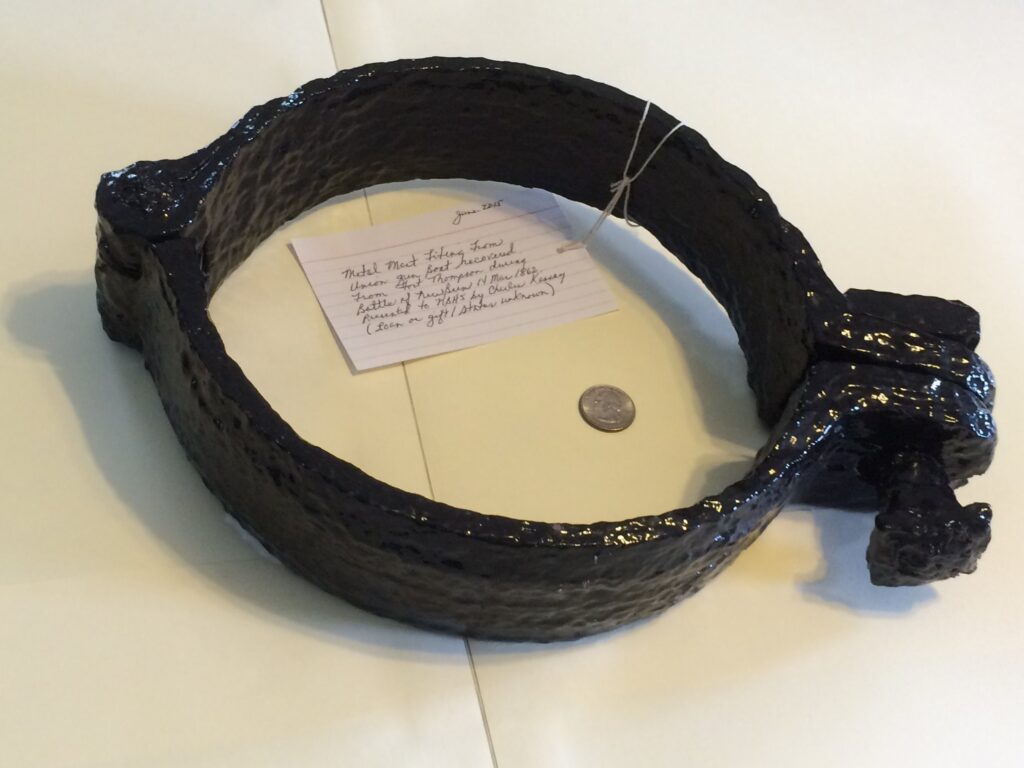 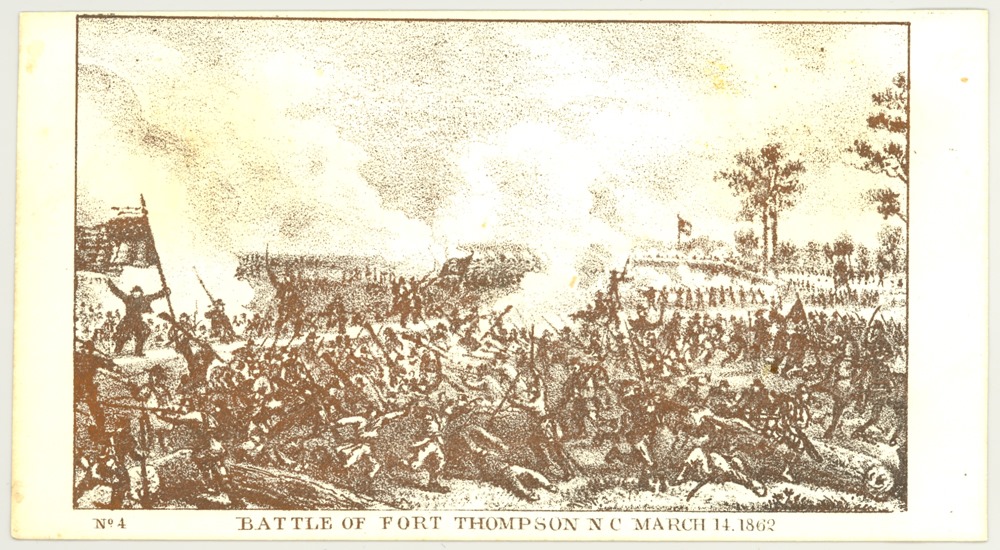 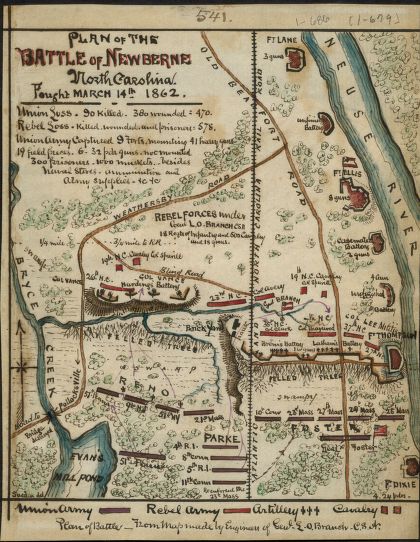 Plan of the Battle of Newberne by Robert Knox Sneden published between 1862 and 1865. Image Courtesy of the Library of Congress, https://www.loc.gov/item/gvhs01.vhs00079/.