It is Wednesday, so "What is in the Attic with Jim"?

This post hits home for our Curator, Jim Hodges.

1960 was the 50th Anniversary of scouting in America and it was celebrated at the 5th National Boy Scout Jamboree in Colorado Springs. There were 53,378 attendees from all over the world. Three troops from the Eastern Carolina Council attended which included 38 boys from Troop 79 along with their 3 leaders. The trip to Colorado Springs had been planned for more than a year. There were 53,378 attendees. 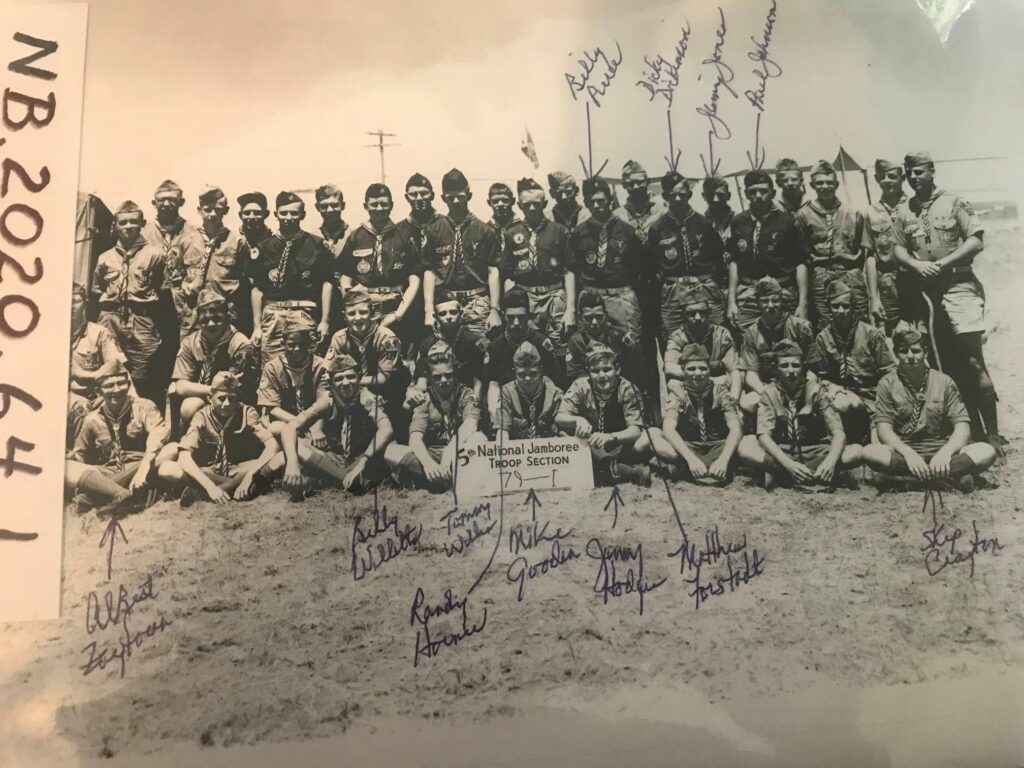 You will see in this group photo the attendees, most of whom were from New Bern. Jim Hodges was one, along with journalist Skip Crayton who wrote about his experience there in an article from the Sun Journal dated August 5, 2005. Troop 79 was made up of boys mainly from New Bern and were led by Mr. Gleason, Mr. Seawell and Lt. Derryberry. There were 3 buses and many stops along the way which included Greenville, SC, Nashville, and St. Louis where the boys experience a major league baseball game, an amusement park, outdoor theater and a zoo.

Everyone camped out at Colorado Springs and the highlight during the evenings were shows at the outdoor amphitheater. Some notables at the Jamboree-the Lennon Sisters, Pat Brady and the Sons of the Pioneers, and James Arness, star of the TV show, Gunsmoke, who emceed a real Wild West Rodeo. The big highlight of the week was an hour long show put on by the Navy’s Blue Angels. 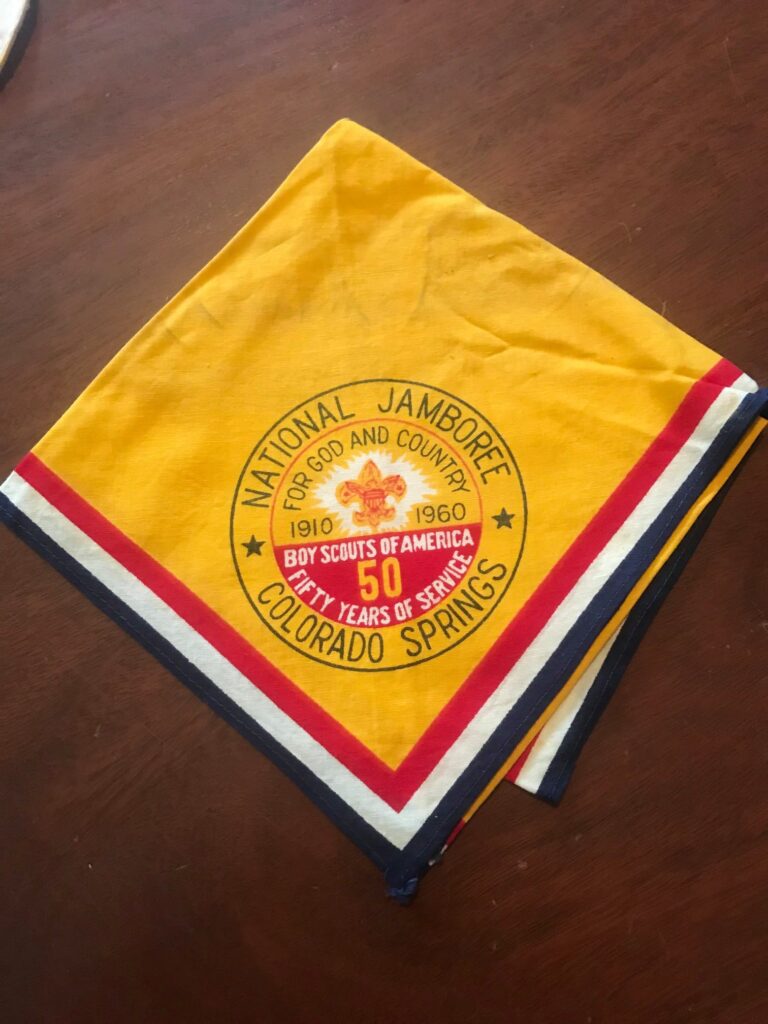 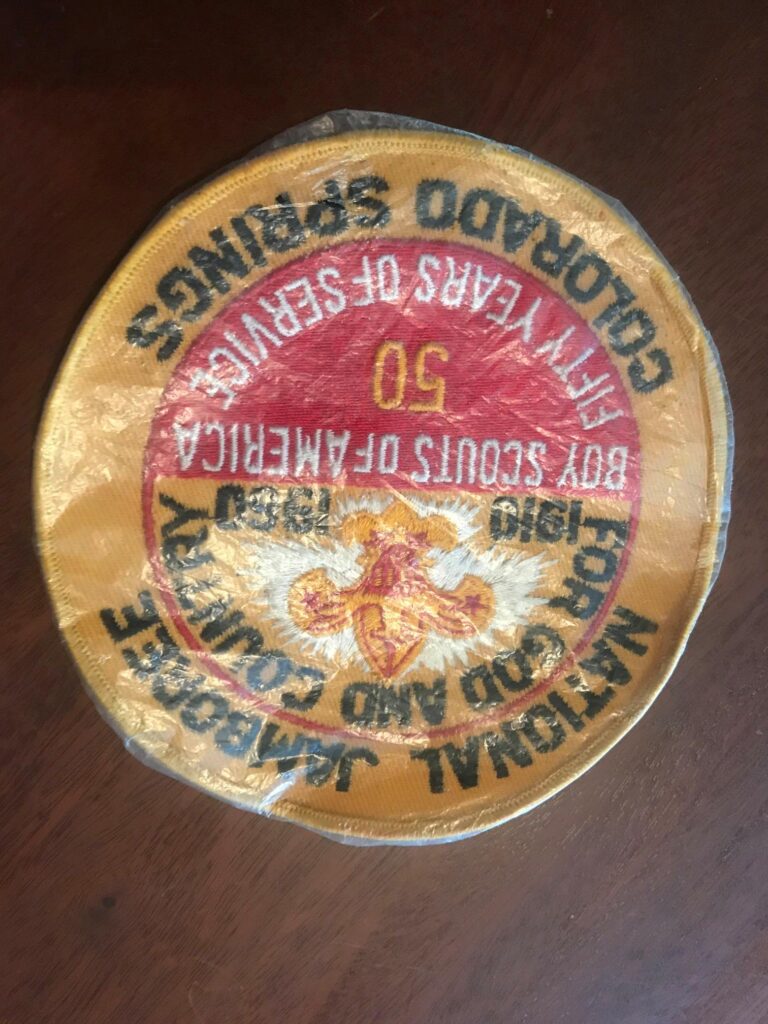 Per the Jubilee Jamboree Guidebook:
“On the last day, our cameras swung from gateways to America’s first citizen and our most distinguished visitor, President Eisenhower. An Iowan Scout presented him with a slide, neckerchief, and Scouter’s jacket; and then the President toured the entire jamboree. We packed ourselves along the roads to wave at Scouting’s Honorary President, feeling proud that he took time out to come see us.”

We have been trying to identify some of the boys in the photo. Please let us know if you were there and have any memories of that time.