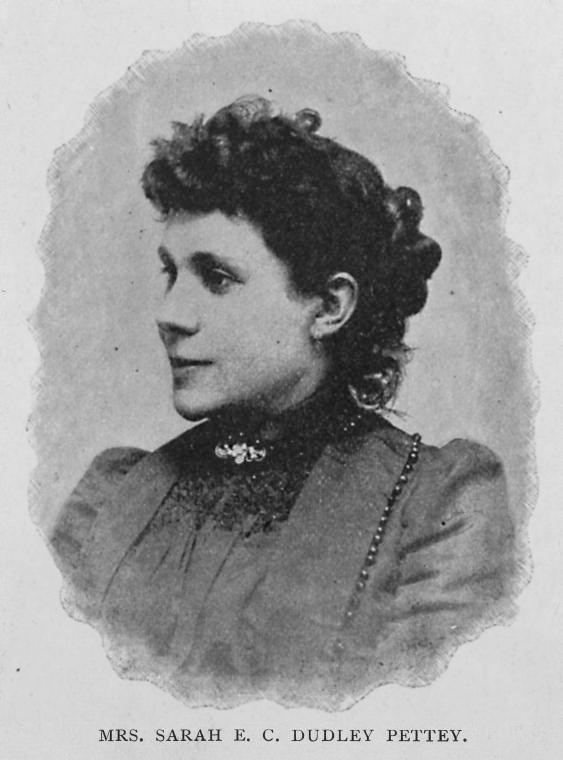 On September 19, 1889, a young professional, educated couple were married in New Bern.  Together they were to have a profound effect in establishing an African American middle class and promoting gender and racial equality in 19th century New Bern.  This is their story.

Meet Sarah Dudley, born in New Bern in 1869, the first free woman born into a family whose members had been slaves since the Revolutionary War.  After attending local schools, Sarah entered Scotia Seminary, a progressive Presbyterian women’s school in Concord, NC, where she studied classics, Latin, and other subjects traditionally reserved for male students.  Sarah graduated with distinction and returned to New Bern to teach.  As the daughter of a black state representative, Sarah was taught the importance of civic engagement at an early age.

Charles Pettey was born into slavery; after emancipation he learned to read, worked tirelessly at multiple crafts, and saved every penny for his education.  In 1872 he walked ninety miles to Charlotte to enter Biddle Memorial Institute where he studied the classics, Latin and Greek.  After graduation he quickly became an elder in the growing African Methodist Episcopal Zion (AME Zion) Church.  He started a school in South Carolina as well as founding a monthly newspaper for the AME Zion Church, the Star of Zion, which soon became one of the most influential black newspapers in the country.  He married Lula Pickenpack, Sarah’s roommate at Scotia, and moved to California where he established the town of Petteyville and several new AME Zion churches.  Lula died in 1887, leaving Charles a widower with two young girls.  Charles and Sarah reconnected in New Bern and were married in September 1889.

In New Bern, the Petteys were one of many successful middle-class black families of leaders and businessmen.  Well educated professionals, they were active community volunteers who fought for racial and gender equality.  While many members of AME Zion were uncomfortable with women taking on a prominent role, Charles was his wife's most steadfast supporter.  He encouraged her to write a column for the Star of Zion and urged her to follow his sermons with her own.  Sarah’s influential sermons included “Woman, the Equal of Man” and “Women’s Suffrage.”  Among her most powerful quotes: “Some would say that a woman was good in her place.  This reminds me of what some white people say about the Negro, that “’he is good in his place.’”

Charles demonstrated his belief in women’s equality when, in 1898, he allowed the ordination of a

woman as an elder in the AME Zion Church -- the first ordination of a woman in any denominational church and highly controversial at the time.

Charles became the Bishop of the Church District of Texas, Louisiana, and Alabama and the couple traveled extensively.  Fueled by their ideals and hopes for a new south, they worked together to fulfill their vision of a future of racial and gender equality.   Their belief in progress, however, was thwarted by the growth of the white supremacy movement, culminating in 1898 when more than ten black Wilmington city leaders were killed at the hands of white vigilantes.  By 1900, the North Carolina legislature had effectively revoked the right of blacks to vote by enacting literacy tests and poll taxes.  Jim Crow had come to roost in the south. 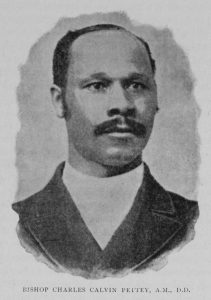 Charles died suddenly in 1900 and Sarah, disheartened by the oppression of Jim Crow laws, moved north with her family.  Six years later, at the age of 37, Sarah Dudley Pettey died.  Both Charles and Sarah are buried at Greenwood Cemetery in New Bern.  Ironically, it would be another 15 years before women would be allowed to vote and another 60 years before African American men and women in North Carolina would experience the freedom that Charles and Sarah had known in the progressive New Bern of the late 19th century.