On April 14, 1865 President Abraham Lincoln was assassinated by John Wilkes Booth. A massive investigation to determine whether Booth acted alone resulted in the conviction of eight co-conspirators. Four were hung, including boarding house owner Mary Surratt.

You may remember these details from history class. But did you know that a mysterious former New Bern resident, Sarah Gilbert Slater, was alleged to have been an accomplice in the Lincoln assassination plot?

Sarah Antoinette Gilbert, aka "Nettie" was born in Middletown, Connecticut on Jan 12, 1843 to Dr. Joseph Gilbert and Antoinette Raynaud. The family was of French extraction and everyone in the household conversed fluently in French. For reasons unknown, the family split apart, with Dr. Gilbert moving with some of the children to North Carolina, while a pregnant Antoinette stayed behind with an older son. Dr. Gilbert, two sons, and Sarah relocated first to Goldsboro and then Kinston. Sarah and her brother Robert then moved to New Bern during the winter of 1860-1861.

Sarah was beautiful, charming, and intelligent. She boarded with the family of John L. Pennington, the editor of the New Bern Daily Progress newspaper located in the Brick Block building on Craven Street. One evening, Sarah was introduced at dinner to Rowan Slater, a dashing dance instructor at the New Bern Academy. Originally from Rowan County, NC where his father owned a large plantation, Rowan attended Trinity College and studied violin and dance. Sarah and Rowan quickly fell in love and were married in Goldsboro in June 1861. Rowan joined the Confederacy in 1863, enlisting in Co A of the 20th NC Infantry. He took Sarah to his parents' home in Salisbury so that she would not be alone. She quickly found out his parents did not approve of their marriage and she was relegated to menial labor on their plantation.

Desiring to visit her mother in New York City, Sarah traveled to Richmond to request a pass. There she came to the attention of the Confederate Secretary of War, James Sneddon and the Secretary of State, Judah P. Benjamin. Impressed with her beauty, wit, and French fluency, they recruited Sarah as a courier and spy. The Confederate leadership needed someone who could pass between Canada and the US as a French woman from Montreal without raising suspicion. The plan, if she were to be caught, was for her to claim to be French Canadian and request asylum at the French Consul.

Sarah's first assignment was in February 1865. She delivered documents and money to Montreal in support of Confederate soldiers who had conducted a raid in St. Albans, Vermont. The raiders fled to Canada but were being held by Canadian officials pending extradition by the US. The papers delivered by Sarah proved that the raiders were agents acting on behalf of the Confederate government. Extradition was thus denied, and the raiders were freed.

Sarah always wore a heavy black veil and was adept at concealing her identity. She was often referred to as "the lady in the veil" or the "French lady". Her own agents often mistook her identity. While little is known of the elusive veiled lady's activities, what is known is that on one of her travels from Richmond to Montreal she stopped at the Surratt boarding house outside of Washington, DC, owned by Mary Surratt. She was accompanied on one courier mission by Mary's son John Surratt and John Wilkes Booth.

With Richmond's impending fall, Sarah was given instructions on her third and last mission, to deliver gold to Montreal and direct Confederate authorities in Canada to transfer all the remaining funds to London. After leaving Montreal, on April 3, Sarah and John Surratt reached Washington DC. They met the next day with John Wilkes Booth, and then both disappeared. The funds disappeared without a trace. Eleven days later, Booth shot President Lincoln.

During the investigation of the co-conspirators, Sarah was detained and held in custody for several days. While testimony was given regarding a mysterious woman in a veil being at the Surratt boarding house prior to the assassination, no one could positively identify Sarah. She was variously identified as Mrs. Brown, Kate Thompson, and Olivia Floyd. With no proof that Sarah was involved with the assassination, she was released and vanished again. Many thought she escaped to Europe with the gold.

It was not learned until the 1980's that Sarah had been living in New York City in 1866. She divorced Rowan, was remarried and widowed. She then married for the third time, this time to her brother-in-law, William Spencer, the widower of Sarah's younger sister. Sarah was widowed again and died on April 20, 1920 in Poughkeepsie, NY where she is believed to be buried in the Rural Cemetery with her mother and sister. Sarah was wealthy when she died, bequeathing money and jewelry to distant family and friends. 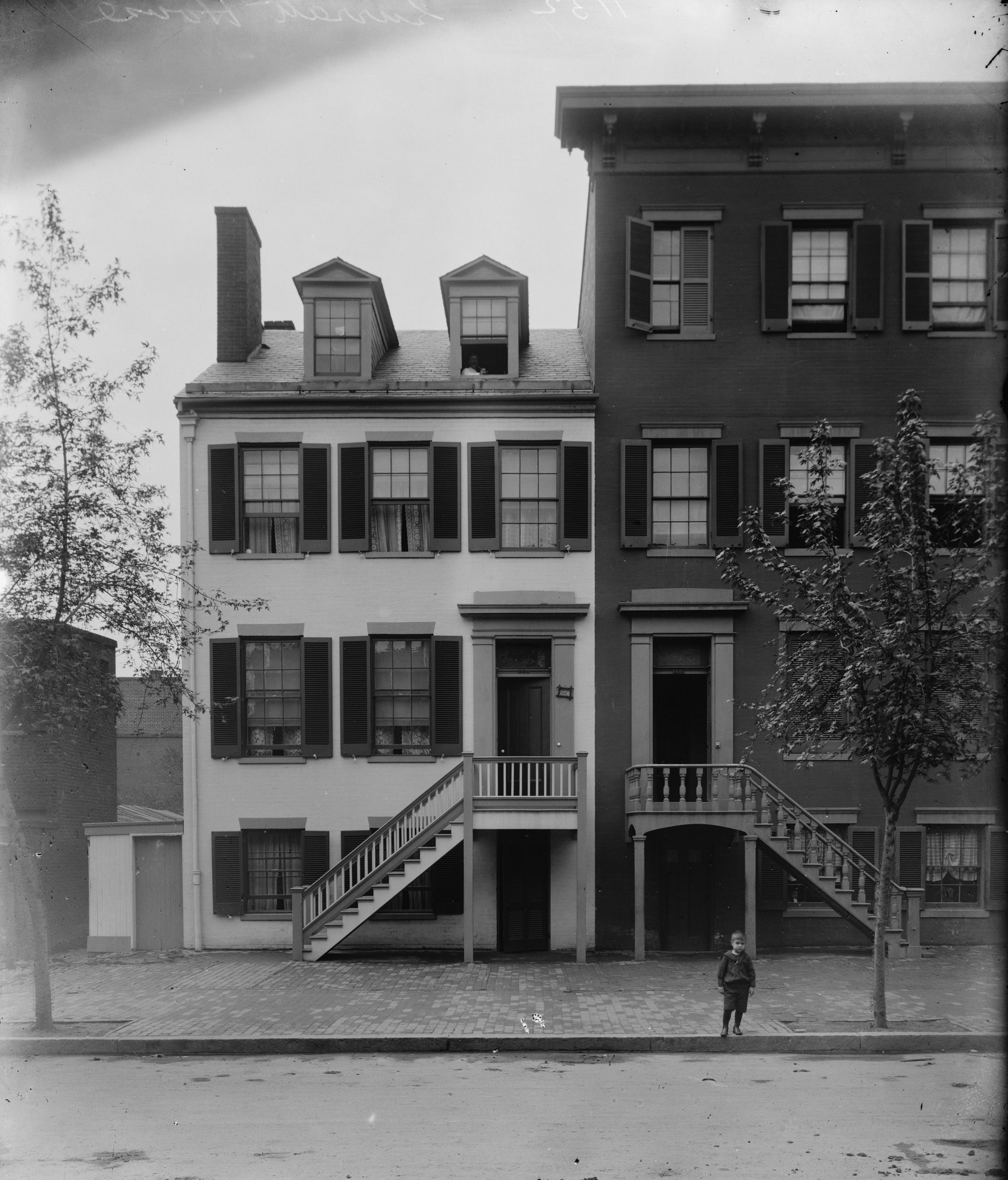 Did Sarah take the Confederate gold? Was she involved with the assassination plot of Lincoln? These mysteries will probably never be solved. Who would ever have thought that the beautiful young wife of a dashing New Bern dance instructor would one day become the enigmatic veiled spy surrounded by such speculation and controversy?