“Boston Millionaire to Locate Here,” read the headline in the New Bern Weekly Journal on this day in May 1914, declaring that Dr. Earl S. Sloan was planning to build a winter home in the area.  Today this announcement would probably not attract much attention, but in 1914 – obviously worthy of note.  This is a life journey personifying the American dream, where a motivated individual with natural entrepreneurial and marketing skills as well as keen business savvy can accumulate great success and wealth.  This is the story of Dr. Earl Sawyer Sloan.

The Andrew Sloan family emigrated from Ireland after the American Revolution and eventually settled in Zanesfield, Ohio.  Andrew Sloan was a horse harness maker who had a certain ability with horses which allowed him to pursue this skill and become a self-taught veterinarian.   Doc Sloan was also known for his strong-smelling brown formula that was effective in reducing joint pain and inflammation for overworked horses.

Earl Sawyer Sloan, the third of five children, was born September 8, 1848, in Zanesfield, Ohio.  Although he did not attend more than the elementary grades, he learned to read and write and developed a great appreciation for books.  He was apprenticed as a harness maker at the age of fifteen, but in 1871 joined his brother Foreman in St. Louis, Missouri.  Earl carried with him a supply of his father’s horse liniment and with Foreman, who was engaged in the buying and selling of horses, they peddled the concoction throughout the area.  This time period marking the heyday of the horse in American life, the Sloan liniment was in great demand. 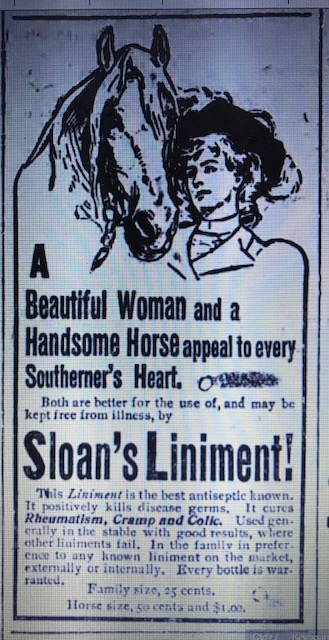 As the story goes, by accident it was discovered that the liniment was beneficial not only for the horses but humans as well – consequently it was advertised as “good for man and beast.”  The essential ingredient is chili pepper (capsicum, a topical analgesic) and its external use was once recommended for everything from a stiff neck to bruises, sprains, strains and mosquito bites.  The formula was refined and patented about 1885 and the business grew rapidly due to Earl Sloan’s fondness for newspaper advertising.  In 1900 Earl, who was now married, moved his manufacturing operations to Boston in 1904.  The business was incorporated in 1904 as “Dr. Earl S. Sloan, Incorporated.”  Apparently the title “Doctor,” although never formally or academically achieved, gave him and his product more credibility and increased sales.  By 1907, sales were reported throughout the United States as well as South America, Australia, Europe and Canada.  In 1913 Dr. Sloan sold his company - including offices in Ontario, England, Australia, and Amsterdam - to William R. Warner & Co.  Of interest, W. R. Warner & Co. merged into Warner-Lambert Pharmaceutical in 1955, which was eventually acquired by Pfizer in 2000.

In the late 19th and early 20th century, it was a practice of wealthy northerners to build substantial residences in North Carolina and other more climate friendly areas to serve as second homes.  Although Dr. Sloan considered several locations including Asheville and Pinehurst, he eventually selected New Bern.  He acquired 440 acres of land from John W. Stewart and an additional 25 acres from the Craven County Commissioners, located on the north side of the Trent River about 2 miles from downtown New Bern.  The Stewart property was known as the Colonel Ransom estate, thus Sloan called his plantation Ransom Farm.  New Bern native Robert F. Smallwood was hired as the architect and local contractor John F. Rhodes was hired to supervise construction. 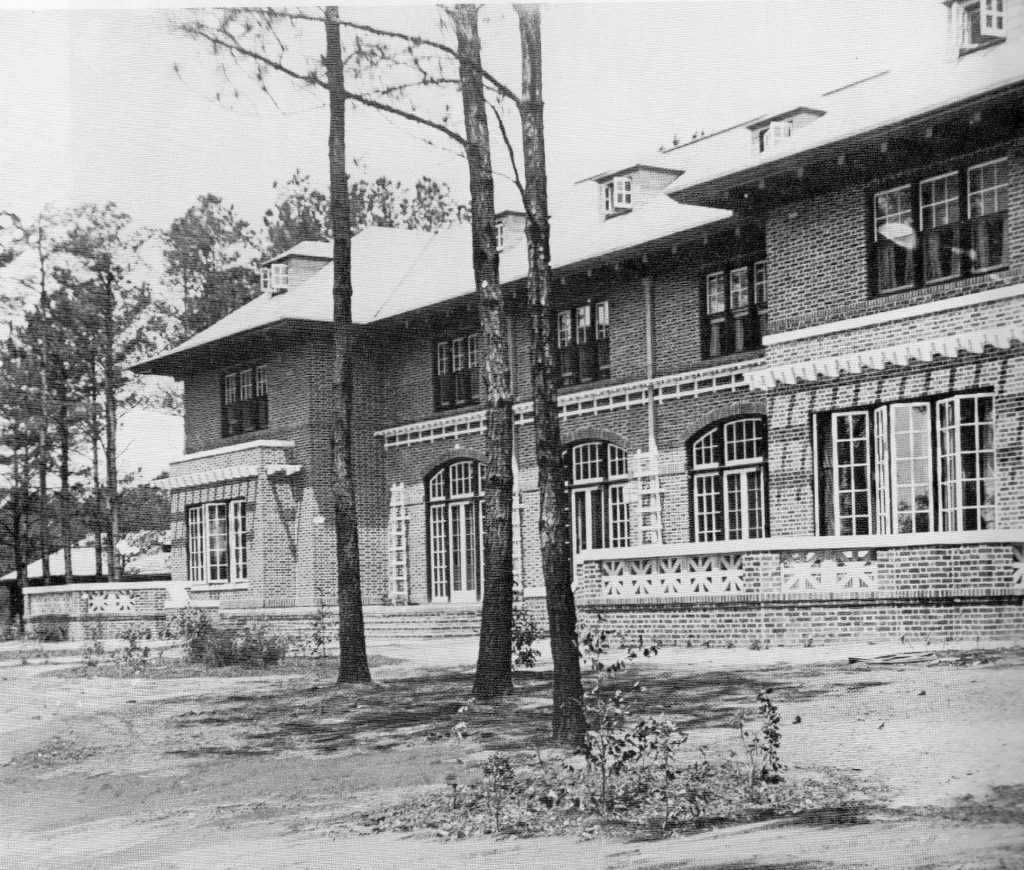 Built in 1914, the Dr. Earl S. Sloan House was a “large and well appointed example of Colonial Revival residential construction with Mediterranean and Tudor Revival influence.  The two and a half-story brick building has a main block and flanking pavilions under low, hipped slate roofs.  The long axis of the home runs parallel to the Trent River.  The interior of the house exhibits carefully crafted cypress and hardwood woodwork with chestnut trim and mahogany varnished hardwood veneer doors.”  Not too bad for a man who started his career hawking horse liniment door to door.

It is not clear how much time Dr. and Mrs. Sloan actually spent at Ransom Farm.  He died in 1923 leaving the property to his widow, who sold Ransom Farm in 1928 to the New Bern realty firm of N. E. Mohn and Company.  In 1933 the property transferred to U.S. Senator O. F. Glenn of Illinois, who renamed it Trent Pines.  Senator and Mrs. Glenn intended to use Trent Pines as a winter home; however, their plans never materialized.  From 1942 to 1968, the property was operated as the Trent Pines Club, a popular inn and yacht club.  It was then purchased by Robert P. Holding, Jr., Chairman of First Citizens Bank, who renamed the estate Miles Away.  Mr. Holding died in 1979 and the property passed to his son Frank R. Holding who continued the restoration of the house. 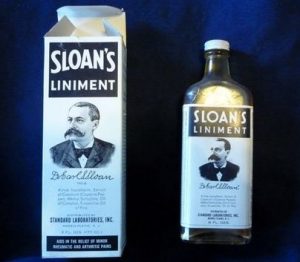 The house is recorded on the National Register of Historic Places and is a standing tribute to the success of Dr. Sloan and the vibrant history of New Bern and Craven County.