For those of you who do not know, Jim Hodges has been our volunteer Curator for about ten years.  He spends up to 40 hours a week receiving, researching and categorizing articles, photos and other historical treasures in our collection.  Jim refers to his job as "senior day care." 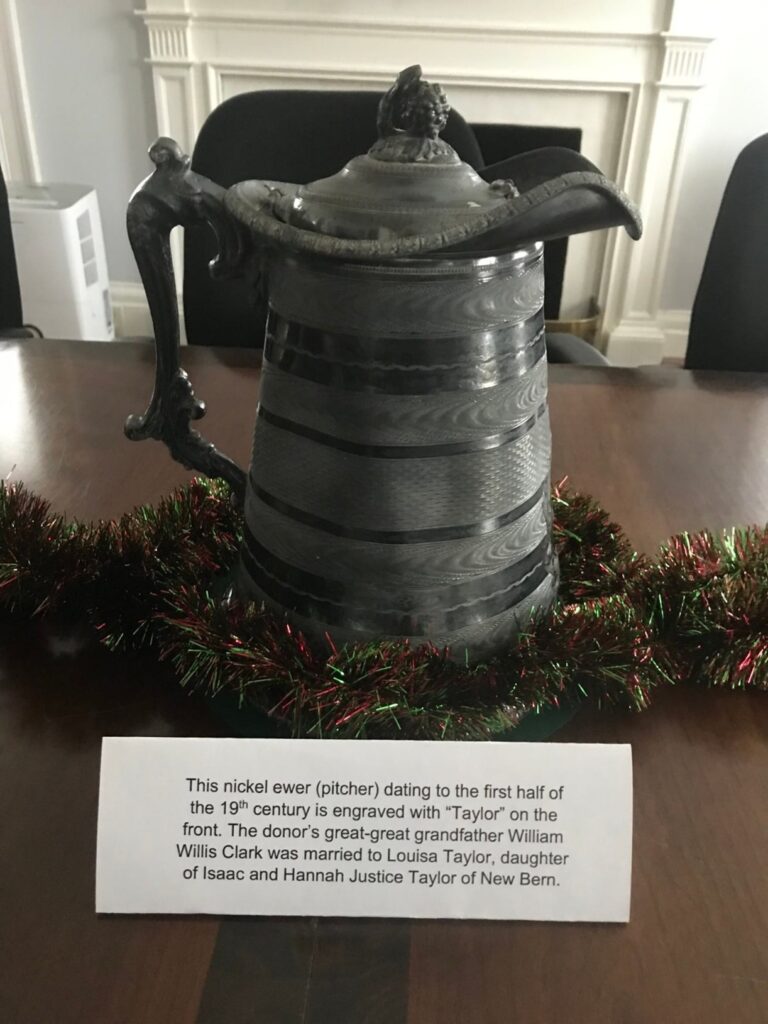 Jim thought this would be a lovely item from our collection to show you. It is a new acquisition which was gifted by Sheryl Crowe Ehlers.  This item came from a family home on Johnson Street, next to the Blades house.  Sheryl has several notable New Bernians in her family tree, among them William Willis Clark, son of Elijah Clark, one of the founders of the First Baptist Church in New Bern.  William married three times, first to Martha Stevenson, then to Hannah Jarvis, and finally to his third wife, Louisa Taylor.  Louisa was a daughter of merchant Isaac Taylor,  whose home on Craven Street still stands.  Isaac was the great-great-great grandfather of singers James and Livingston Taylor.

This is an ewer.  Many crossword puzzle enthusiasts will recognize this word.  According to the Merriam-Webster Dictionary, a ewer is a vase-shaped pitcher or jug, that is mainly used for decorative purposes.  This ewer is silverplated nickel and was most likely from the first half of the 19th Century. 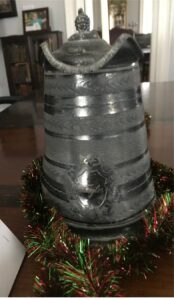 It is in beautiful condition, and notice the name inscribed on it - TAYLOR.  We cannot prove it, but this ewer most likely belonged in the home of Isaac Taylor who died in the 1840’s.  It is a beautiful addition to the Attmore-Oliver House and looks perfect in this holiday arrangement.

Many thanks again to Sheryl Crowe Ehlers for donating part of her family history to the New Bern Historical Society.  It is a treasure!