On October 21, 1945, New Bern born architect, Herbert Woodley Simpson died. He was one of only a few architects practicing in New Bern and eastern North Carolina during the 1890’s to 1920’s. Simpson is credited with the design of almost every major structure built in New Bern in the first two decades of the 20th century. He was a versatile designer, but excelled in the Queen Anne style as well as the neoclassical revival style.

Herbert Woodley Simpson was the son of John Archibald Simpson and Mary Higgins Simpson. His father was a New Bern builder, carpenter, casket maker and undertaker. As was the practice then, Simpson studied architecture with W. Claude Frederick in Baltimore, Maryland from 1888 to 1890. After finishing his studies, he worked with Beaver & Offmeister, Architects in Knoxville, Tennessee.

Simpson returned to New Bern in 1891, where he began to establish himself as an architect. His first known project is believed to be the Queen Anne style John R.B. Carraway House, which was the lifelong home of New Bern historian Gertrude Carraway. Simpson followed this with the Queen Anne style Christ Church Rectory and other similar residences. He planned several religious buildings including Centenary Methodist Church (1904) in collaboration with New York architect Charles Granville Jones, St. Cyprian’s Episcopal Church (1910-1912), the First Church of Christ, Scientist (1907) and Temple Chester B’nai Sholem(1908). His principal civic building was the Carteret County Courthouse (1907) in Beaufort.

Simpson was a prolific designer and produced plans in all different styles.

Among his early clients was the local Blades family, lumber magnates. Lumber industries in New Bern flourished during this period and many wanted to build large and impressive homes and buildings. The William B. Blades House (1903), still standing, is a quintessential Colonial Revival home with neoclassical columns and pediments, as well as beautiful interior woodwork. Simpson’s most spectacular residence was the James B. Blades House (1913), a granite and yellow brick mansion that later became the Queen Anne Hotel (no longer standing). In addition to new homes in this style, Simpson also assisted clients who wanted older houses remade in this new style. The Coor-Bishop House, and the J.A. Jones Residence were transformed into columned Southern Colonial mansions.

Simpson married Nettie Tolson on April 21, 1897 and they had two children, John Arch Simpson and Helen Elizabeth Simpson. Simpson left New Bern in 1914 for Norfolk, Virginia, where he continued his practice. In the 1920’s, John Arch Simpson joined his father’s practice which became Herbert W. Simpson and Son until his father’s death in 1945. Herbert Woodley Simpson was buried in Cedar Grove Cemetery in New Bern with full Masonic rites. 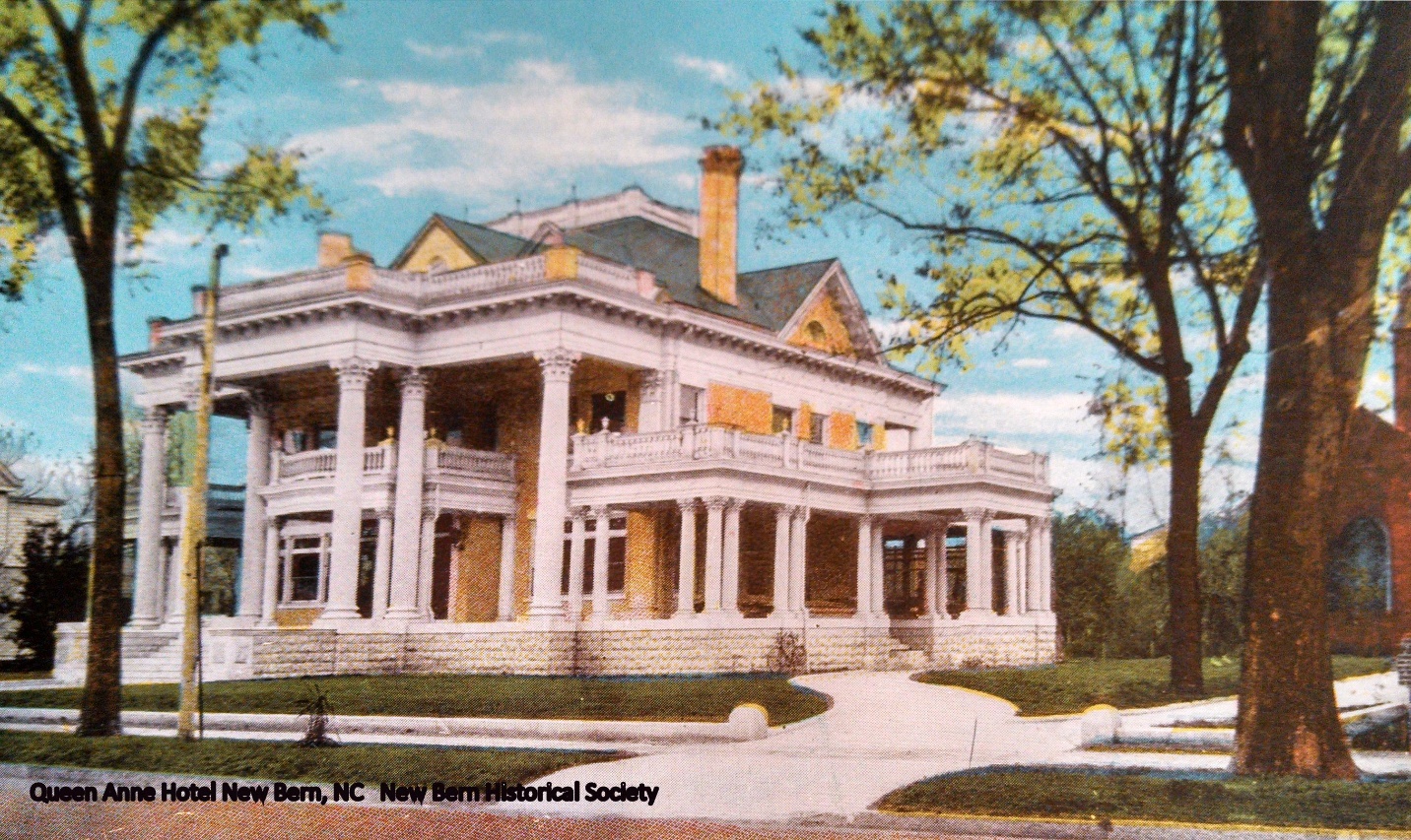