What Happened in New Bern in January

The month of January is significant for several reasons to an early New Bern photographer. Who is he and what was his role in New Bern's history? On January 14 of 1858, JW Watson announced that he "renovated and refitted … for the advancement of the Photographic Art; his Daguerrean Gallery over the Store of J. Whaley, on Craven Street…." Up to that time, Mr. Watson had been a traveling Daguerrean working in Virginia, North Carolina and Georgia. He settled in New Bern in the late 1850's and early 1860's prior to the Union occupation of New Bern. His was one of many Daguerrean studios in New Bern during this period.

Daguerreotypes were developed during the 1830's and introduced in America in 1839.  They were made from copper plates covered with silver and after a photo was processed it had a decorative mat placed over it, usually made of copper. A plate of glass was then placed on top of the photo due to the fragility of the daguerreotype.  Daguerreotypes were extremely popular through the 1860's but were then replaced by less expensive methods of photography.

During January of 1860, Mr. Watson notified residents that he would be discontinuing his business and offered to sell or rent his six room home on Craven Street along with all of his photographic apparatus, promising to give anyone who purchased his stock and materials instruction in photography. Mr. Watson left New Bern but announced in the paper on September 28, 1860 that he had returned in good health and was refitting his Gallery on Craven Street and would be making miniatures to life-sized photographs.  By September 3, 1861 he requested that customers call only between the hours of 8 am and 5 pm as he would be closing his shop at 5 pm in order to drill with a military company. In October 1861, Watson placed another notice in the paper informing the public that he had renovated and refitted his gallery and had all "improvements necessary to serve the public with Photographs, Ambrotypes and Daguerreotypes etc. in as good a style as they can be made in North or South." He also stated he could enlarge small pictures and having them colored in oil, watercolors or India ink. 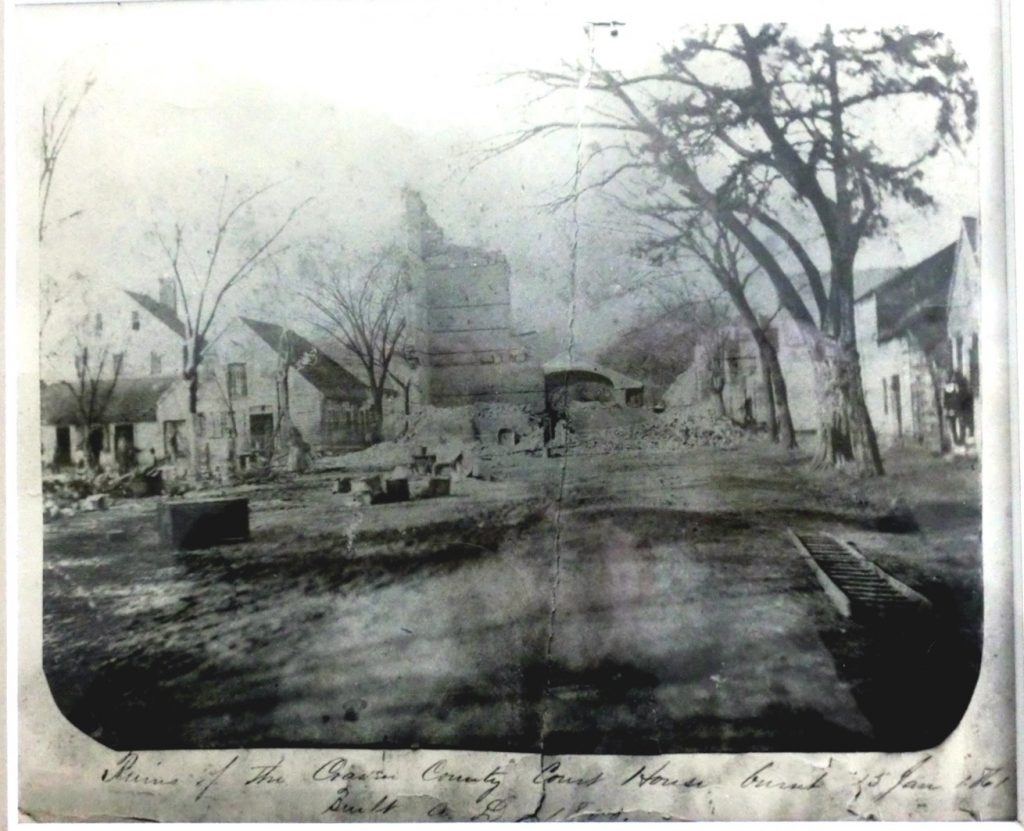 Mr. Watson joined the Confederate Army at New Bern on January 27, 1862. He joined the 2nd Artillery 36th NC Regiment, Company F, also known as the Cape Fear Regiment of Artillery. On January 15, 1865 he was captured by Union troops at Fort Fisher. Mr. Watson was sent to Elmira prison in New York as a prison of war but returned home in July after signing an oath of allegiance. He moved his studio to Fayetteville Street in Raleigh, NC where he remained until his death. On April 4, 1889 Mr. John W. Watson, aged 61, died in Raleigh and his obituary stated, "Mr. Watson was a photographer and was well known not only in Raleigh, but throughout the State. Mr. Watson is buried at Oakwood Cemetery in Raleigh." (Weekly State Chronicle, Raleigh, 05 Apr 1889)