At the Forefront of History

Abraham Galloway was a slave, abolitionist, spy, recruiter, and political leader who had tremendous influence in New Bern and coastal North Carolina during the Civil War. When he died unexpectedly, he was only 33 years of age. On September 1, 1870, over 6,000 people of both races attended the funeral of this impressive leader. This is his story.

Galloway was born to a white father, John Wesley Galloway, captain of a government vessel, and a black mother, Hester Hankins, who was a slave in Smithville, North Carolina. Galloway was a skilled brick mason and while his owner allowed him to seek masonry jobs, he could not earn the $15 per month his master demanded. Galloway decided to escape. At the age of twenty, he made a daring escape by hiding on a ship loaded with turpentine, fleeing from Wilmington, NC to Philadelphia. There he became an abolitionist and began working with the Underground Railroad helping people escape to Canada. In 1860 Galloway traveled to Haiti to help recruit to prepare for a military invasion of the American south. 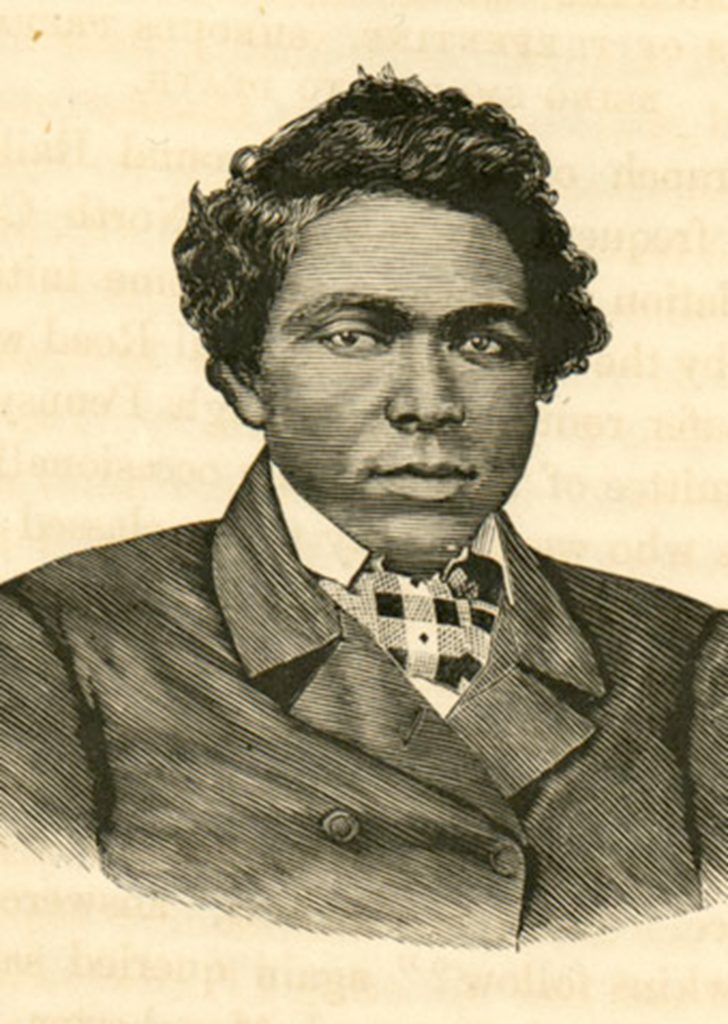 In 1861, Galloway returned to the US and began work as a spy for the Union under Major General Benjamin Butler. He was captured at Vicksburg; it is unclear whether he was released or escaped. He made his way to New Bern and in 1863 he married Martha Ann Dixon in Beaufort. That same year he was able to free his mother from enslavement in Wilmington and brought her to Union-held New Bern.

The Union Army needed troops and General Order No 143 of the US War Department, May 22, 1863, established the Bureau of Colored Troops to recruit and train formerly enslaved people and freedmen to fight. Galloway began recruiting African Americans to enlist in the Union Army, but he proposed four conditions to be met before the men in New Bern would enlist. They were to receive the same pay as whites in the Massachusetts Regiments, the Army had to provide for their refugee families, the Freedmen’s Bureau had to set up schools to teach their children to read and write, and the US government had to agree that if they were captured, they would have rights as legitimate military prisoners of war. These conditions were agreed to, and within days hundreds of recruits arrived. The new regiment was designated the First North Carolina Volunteers (later becoming the 35th US Colored Troops). 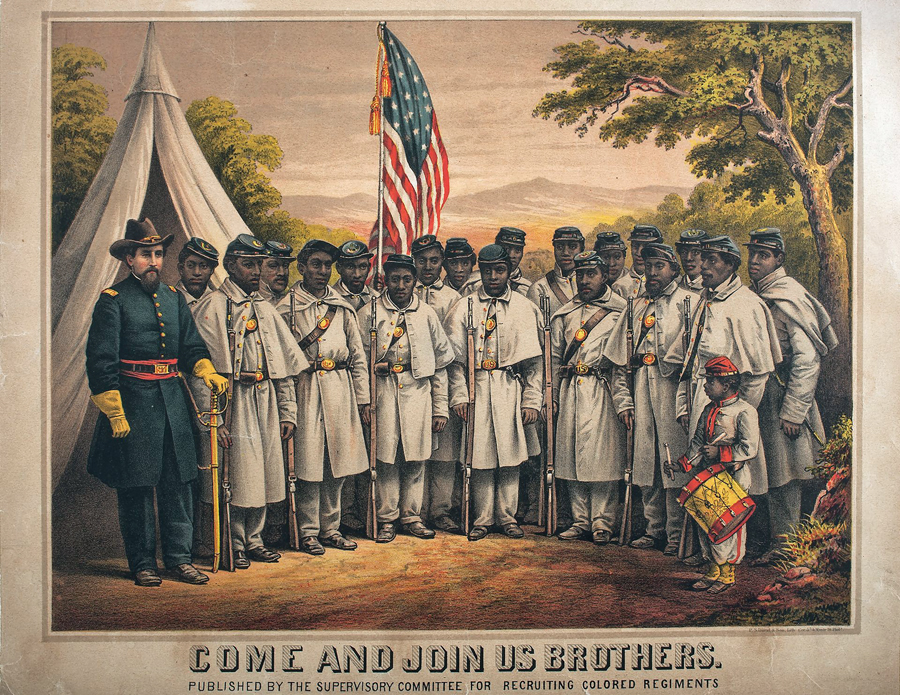 Recruiting poster for US Colored Troops

Galloway soon became an important and influential political leader. In May of 1864, he was part of a delegation of five black leaders who met with Abraham Lincoln advocating for suffrage for African Americans. He was one of 144 black leaders who attended the National Convention of Colored Citizens of the US, the most important gathering of African American leaders during the Civil War. By 1865 Galloway had organized a state chapter and five local chapters of the National Equal Rights League. He also helped to lead a freed people’s convention.

In 1868, despite threats from the Ku Klux Klan, Galloway ran for the state senate in the first election in which Blacks were eligible to hold state office. He was one of three Black senators and seventeen Black representatives in the NC General Assembly. Galloway was able to vote for the 14th and 15th Amendments during his tenure and was a powerful advocate for African Americans not only in New Bern, but throughout the north and south. 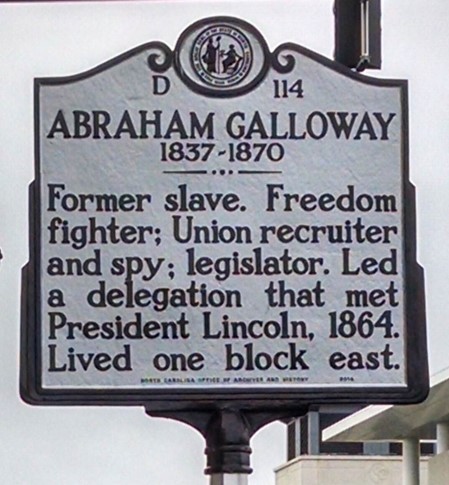 You can read more about Abraham Galloway’s inspiring life in David Cecelski’s excellent book The Fire of Freedom; and on interpretive panels at New Bern Battlefield Park, 300 Battlefield Trail. Galloway’s daring escape story will also be featured in the Historical Society’s 2021 Ghostwalk.