The Circus is Coming to Town!

If you were living in New Bern in 1884, what would you do for entertainment? You might attend concerts and plays at the Masonic Theater, take part in boat excursions or picnics organized by a civic group or church, or if you were lucky, you might even get to see a parade. In November of 1884, like so many small towns in America during the 19th century, New Bern was anticipating the arrival of family entertainment on a grand scale. The circus was coming to town! 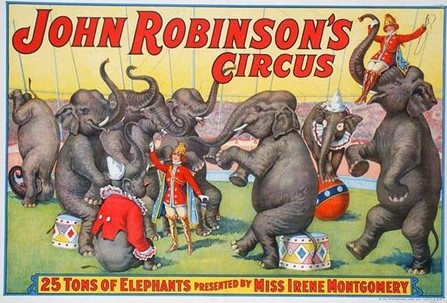 The John Robinson Circus was a favorite of the New Bern community, and word of their arrival was eagerly anticipated. The Robinson circus was one of the first circuses in the country to own its own railroad cars, have two large tents - one for the menagerie and one for the circus acts - and build their own billboards. It was managed by four generations of “John Robinsons.” The circus wintered in Terrace Park, Ohio and toured from 1842-1911. It was one of the longest running family-owned circuses in the US until it was eventually purchased by the American Circus Corporation, which in 1929 was sold to Ringling Brothers Circus.

In New Bern, news of the arrival of the circus was met with much excitement. On October 3, 1884, the New Bern Daily Journal reported that the advance agent for the Robinson’s circus was in New Bern. The town was soon plastered with handbills and notices. By mid-month, the paper announced that the John Robinson Circus would arrive in town on November 4, Election Day, with a parade and shows scheduled for November 5.

The newspaper admonished citizens to “lookout for the circus” but “above all things, look out for your pocketbooks because it is known that a gang of pickpockets always follow these great shows.” Also included was a large ad that noted that this would be the only circus and menagerie to be in North Carolina all year and there would be 10 shows - three circuses in three rings with elevated platforms that could be seen by all. There would be a $300,000 “Novelty Steet Parade” followed by two shows per day for five days. Admission was seventy-five cents for adults and fifty cents for children. 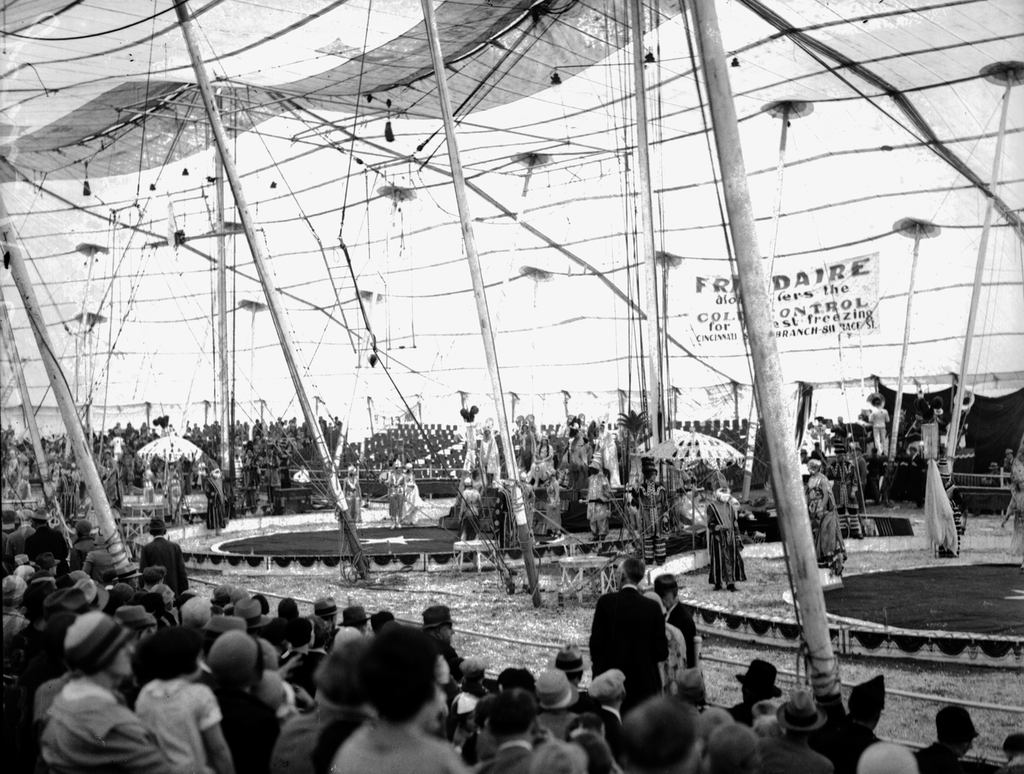 On November 5,1884, the Robinson Circus parade arrived consisting of 59 cages of animals, eight brass bands, four steam musical wagons, two steam calliopes, 31 chariots, a herd of elephants, 15 trumpeters and a drum corp. The circus itself, under 500,000 yards of canvas with electricity, exhibited 10 “Big Shows” in three rings. Six train cars were needed to transport the performers, animals and accoutrements. There were divers, gymnasts, tattooed women, cyclists, and an incredible number of animals including camels, buffalo, 1500 wild birds, giraffes and of course, the elephants. 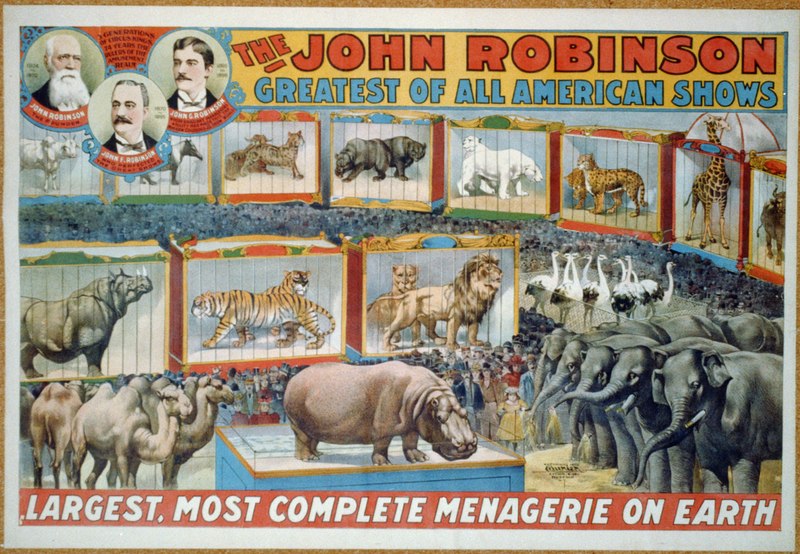 It is hard to imagine that anyone in New Bern, young or old, would have missed this amazing spectacle!

Fun Circus Fact – A circus manager might say, “give ‘em a John Robinson” when a storm was approaching. It was a signal to cut tricks from the acts so that the show could be over with and packed up quickly.

If you would like to learn more about the John Robinson Circus, check out this link at the Terrace Park, Ohio Historical Society:  https://tphistoricalsociety.org/the-robinson-circus.

For a brief history of the circus in America, see this Smithsonian Magazine article.