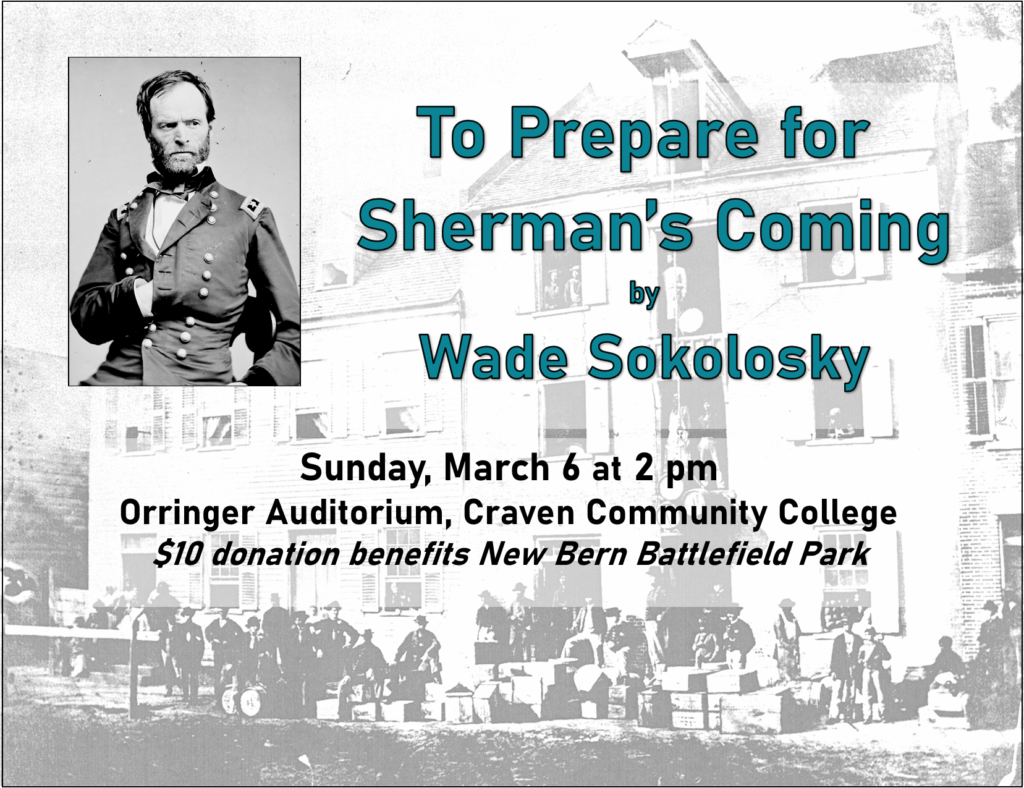 Early on the morning of January 29, 1865, the steamer USS Rhode Island entered Beaufort Inlet, cruising past the sentinels at Fort Macon as the vessel sought sanctuary in Morehead City Harbor.  On board?  Lt. Gen. Ulysses S. Grant, general-in-chief of the Union army, who for the last six months, had engaged the army of Confederate Gen. Robert E. Lee in some of the bloodiest combat operations of the Civil War.

Grant’s goal?  A broadening military strategy for the Old North State, which in the coming weeks would be transformed into a major operational theater of the war.  By March 1865, Grant’s strategy would employ almost 100,000 soldiers in the Tar Heel State as part of the final effort to defeat the Confederacy.  His choice to spearhead the campaign?  His trusted lieutenant, Maj. Gen. William T. Sherman.  But first, Sherman and 60,000 of his men had to march north from Savannah, Georgia.

To feed and supply a force as large as Sherman’s upon its arrival required ports and an operational railroad between the coast and Goldsboro.  Seemingly overnight the port cities of New Bern, Morehead City, and Wilmington bustled with activity, as vessels arrived daily with thousands of men and tons of war material.  Sherman later described this herculean effort on the part of his logisticians and railroad engineers along the North Carolina coast as, “to prepare for my coming.” 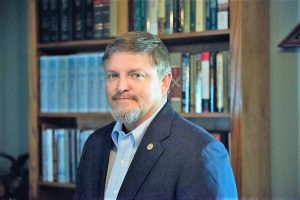 Colonel Wade Sokolosky (Ret.), a native of Beaufort, North Carolina, is a graduate of East Carolina University and a 25-year veteran of the U.S. Army.  He is one of North Carolina's leading experts in the 1865 Carolinas Campaign.  He is the co-author of To Prepare for Sherman's Coming: The Battle of Wise's Forks, March 1865 and No Such Army Since the Days of Julius Caesar: Sherman's Carolinas Campaign from Fayetteville to Averasboro.  Near term, Wade is finalizing a two-volume study titled North Carolina’s Confederate Hospitals, with volume one due out in summer 2022.  Long term, Sokolosky is working on a book-length study of Sherman’s military operations in South Carolina during the 1865 Carolinas Campaign.

Wade is the recipient of the Raleigh Civil War Round Table’s 2017 T. Harry Gatton Award for his efforts to preserve and share the Civil War heritage of his native North Carolina.  Additionally, he is a tour guide with the Friends of Bentonville Battlefield and is a member of Brunswick County Civil War Round Table Advisory Council. He lives in Beaufort, North Carolina, and works for the N.C. Department of Transportation Ferry System.

Cost for the program is a $10 tax-deductible donation, with all proceeds directly benefitting New Bern Battlefield Park.
Reservations recommended.  Make reservations here or by calling the office at 252.638.8558.  Walk-ins welcome.

Reserve your seat
Scroll to Top