The afternoon of May 26, 1864 seemed like any other day for the Union soldiers in camp near Bachelor’s Creek. Soldiers and civilians alike began to assemble near the railroad tracks to await the train that would arrive at 4 pm from New Bern. Some were hoping for letters or packages, and some just wanted to relieve the monotony of the day by mingling with fellow soldiers. It would be a day, however, that would end in horror.

The Union forces knew that the Confederates were building an ironclad gunboat upriver from New Bern, the CSS Neuse. The CSS Albemarle had already captured a Union garrison at Plymouth and the Union army devised a plan to prevent any further incursions by these gunboats. Lt. William R. King was a Union army engineer and in charge of setting nautical mines, or “torpedoes” in the Neuse River, near Bachelor’s Creek. Nine torpedoes had already been installed and they were waiting for four more. The torpedoes were made in New Bern and contained 250 lbs. of gunpowder encased in large barrels. The barrels were heaved onto wagons like ordinary freight, prior to leaving the station. Unfortunately, there were no warning markers or labels on the barrels and Lieutenant King was not on hand when the train arrived at Bachelor’s Creek. With no warnings posted or instructions given, workers on the train and ground thought the barrels were to be delivered to the nearby commissary. The first, second and third barrels were rolled off the train without incident. When the fourth barrel was rolled out of the freight car, the detonator was stuck and the gunpowder exploded instantly. The devastation was quick and lethal. Thirty-five men were killed instantly and thirty others were fatally injured. Of those, twenty to twenty-five were “contrabands,” Negroes who had obtained jobs from the Union.

A signal tower that was built across the railroad track and the commissary building were thrown into the air at least eight hundred feet. The blast was heard twenty miles away and described “like the crash of a thousand pieces of artillery.” Preparations were made in New Bern to defend the city in case the noise signified a Confederate attack was coming. Colonel Claussen telegraphed to New Bern requesting medical help as well as coffins. Three wooden hard tack boxes were filled with fragments of men. Most of the victims were killed instantly but the few who were spared were so greatly mutilated as to be past all assistance.

One of those killed was Lt. William Ennever of the 158th NY. He was born in England in 1842 but came to Philadelphia with his parents in 1852. He was one of ten children. Prior to enlisting in the 158th in Brooklyn, NY he had been a druggist in NYC. After the explosion he was taken to Foster General Hospital in New Bern where he succumbed two days later due to a “general shock to his system.” William was a commissary Sergeant and held in high esteem by his fellow soldiers. The New York Herald (Wednesday, June 8, 1864) described his funeral as follows:

“Yesterday at 4 pm the remains of Commissary Sergeant Ennever of the One Hundred Fifty Eighth New York Volunteers-one of the victims of the late tragedy at Bachelor’s Creek, were interred with high military honors. The corpse was borne to the grave on a caisson drawn by six horses, a suitable and emblematic bier for the gallant soldier. The entire regiment followed a cortege of mourners. Lieutenant Colonel McNary and all the officers likewise attended the ceremony being conducted according to the prescribed form. This honor is an unusual one-in a non-commissioned officer, the law providing such grade a simple escort of sixteen men commanded by a Sergeant. In this instance, rank was ignored and the merits of the deceased commanded a spontaneous tribute and acknowledgement…”

It is unclear why William was buried at Cedar Grove Cemetery in the family vault of Elijah Ellis. Mr. Ellis was a prominent merchant in New Bern having made a fortune as a turpentine dealer. The final irony however, is that Elijah Ellis, along with his son-in-law, Thomas S. Howard, provided financial backing for the building of the CSS Neuse. The bodies of many of the other victims are interred at the National Cemetery, reflected by the date, May 26, 1864. 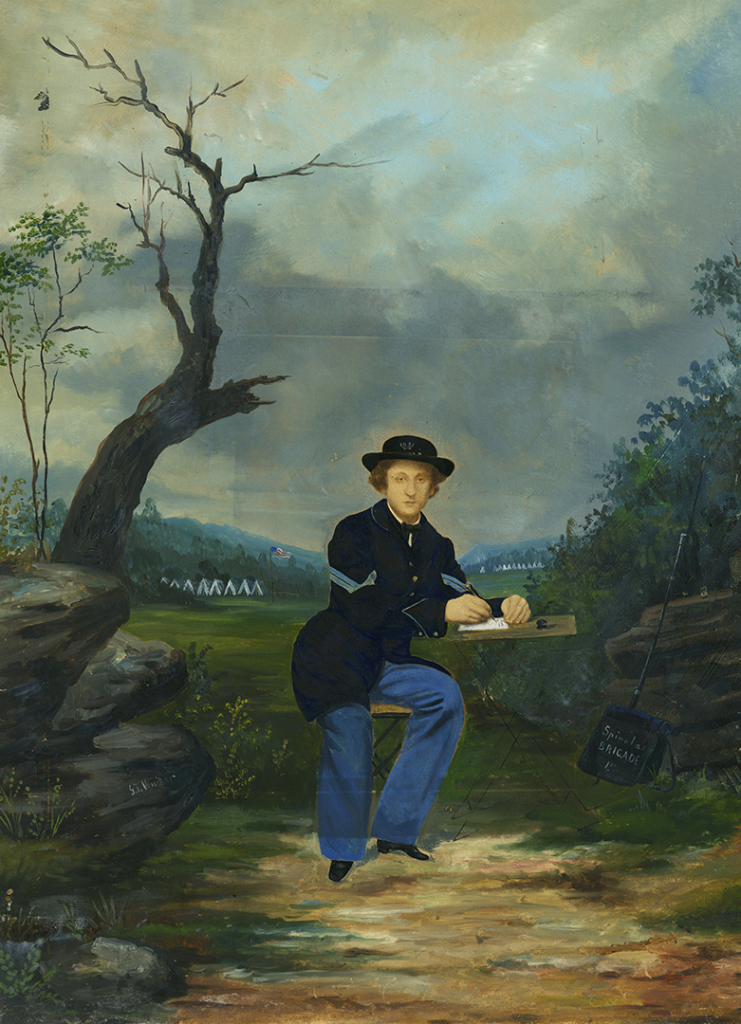