The years after the end of the Civil War became a time of education and opportunity for African Americans. It certainly proved to be that for William Lawrence Lassiter, born in Northampton County, NC on 9 November 1867 to parents who had been slaves. By the 1880 census, the Lassiter family was residing in Craven County where William, age 12 and his two siblings helped farm. William Lassiter left home to attend college and soon became a prominent citizen in the city of New Bern.

On October 16, 1891, a small announcement appeared in the Daily Journal (New Bern) as follows: “We publish in this issue the professional card of Dr. William L. Lassiter. Dr. Lassiter is a young colored man who recently graduated from the medical department of Howard University, District of Columbia, and comes here highly recommended, and is a native of North Carolina, from Northampton County.” This business card was published on the same date (note, the middle initial D. is incorrect).

William L. Lassiter attended Howard University Normal Department, and afterward the Medical College, sessions 21 to 23, 1885-1891, graduating as a Medical Doctor in 1891. He began his medical career serving as a general physician, a US Pension Examining Surgeon, and Coroner for Craven County. 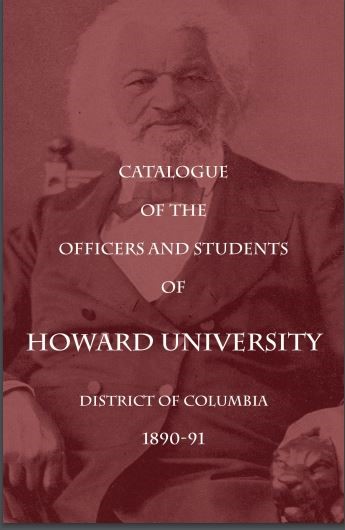 Dr. Lassiter married Margaret Nellie Greene on 9 September 1891 in Washington, DC and they had a daughter and son born in New Bern. However, by 1900 both Margaret and the children had relocated to New York and never returned to New Bern.

Dr. Lassiter participated in numerous civic endeavors in New Bern. He was on the Board of Directors of the Mutual Aid Bank, the first African American incorporated banking institution in North Carolina, run by and for African Americans. On December 1, 1899, the Daily Journal (New Bern) reported that the Elm City Drug Company, a company composed of “leading-colored citizens,” which included Dr. William L. Lassiter was to be built at the corner of Bern and Queen Streets and was expected to open for business January 1, 1900.

On 24 September 1894, Dr. Lassiter was declared the duly elected Coroner of Craven County, but after submitting his bond to serve on Dec 3, 1894, it was deemed insufficient and was rejected by the Craven County Commissioners. Dr. Lassiter was once again appointed but in 1900, per the New Bern Weekly Journal dated 5 Dec 1899, “An important change in the line for White supremacy was the failure of W.L. Lassiter, the colored coroner, to give an acceptable bond, the commissioners declaring the office vacant. Dr. Rhem will give his bond today and Craven County will move up a notch in the White Supremacy line of having white officials managing its affairs.” During this time in North Carolina history, the vote was taken away from African American men, and many men who were in duly elected or appointed positions had them overturned based upon race.

Dr. Lassiter died in 1907 and his obituary sums up the esteem in which he was held. “Funeral services over the remains of Dr. W.L. Lassiter were held Sunday afternoon at St. Peter’s Church, that church being large and more capable of holding all who should desire to attend than his own church. The Mason, Knights of Pythias and Elks, orders of which he was a member, attended in a body and the big building was crowded with friends of the deceased. Rev A. Davis, Pastor of Ebenezer Presbyterian Church, conducted the services. Dr. Lassiter enjoyed the friendship and esteem of all men, both whites and colored and his sterling traits of character was sown every day. Many will mourn his death from the standpoint of a man and citizen as well as a physician.” (New Bern Daily Journal, 17 Dec 1907, Tues, pg. 1).

Dr. Lassiter was buried in an unmarked grave at Greenwood Cemetery, a historically Black cemetery in New Bern.