After the Battle of New Bern on March 14, 1862, the city was occupied by Union Forces.  New Bern became a major military operation center and supply depot for the Union.  In 1864 the Confederates devised a bold plan to launch a surprise attack by land and sea to recapture New Bern.  John Taylor Wood would head the naval operation to capture a Union gunboat and Major General George Pickett would lead the land attack against the city.

Major General Pickett had approximately 11,000 troops under his command and he planned to make a frontal attack against New Bern with the mass of his troops.  Brigadier General Seth Barton, along with cavalry and artillery would cut the Atlantic and NC railroad at Morehead to prevent Union troops from providing reinforcements. Colonel James Dearing would attack Ft. Anderson which would also prevent reinforcements from across the river.

The railroad bridge at Bachelor’s Creek, approximately 10 miles northwest of New Bern, marked the western edge of Union control.  Union pickets were posted along the outer banks of the creek and Confederate troops set up picket lines approximately 2 miles from Union lines.  Bachelor’s Creek was the dividing line between Federal and Southern forces. Pickett moved on New Bern dividing his troops into three columns.  During the early morning of February 1, 1864, Pickett’s division of infantry, cavalry and artillery advanced between the Trent and Neuse Rivers to attack and cross the bridge at Bachelor’s Creek.   At the time of the attack, Lt Abram Pye Haring of the 132nd NY Volunteers along with eleven men was on outpost picket duty guarding this bridge.  At 3:00 a.m. the rebel forces attacked the outpost under a heavy fog and in overwhelming force.  One man was dispatched for reinforcements and Lt Haring and his remaining men valiantly defended the bridge for over two hours.  The Confederates brought up artillery and sharpshooters to assist their infantry and with five hundred eighty men, made three successive charges before daylight, each time being repulsed by Lt. Haring’s small band of men.  The Union soldiers were finally reinforced by 150 men of their own regiment. Unable to advance, the Confederates moved down the river where they constructed a bridge, crossed, and attacked from the rear forcing Lieutenant Haring and his men to finally withdraw.  At 9:00 am the enemy flanked and routed the Union forces and took a number of prisoners.   Pickett’s troops advanced upon New Bern, but after a 24 hour wait, Pickett retreated with his army believing an assault to be imprudent.  John Taylor Woods had blown up the Union gunboat, the Underwriter, but without Pickett’s assault on the city, the Confederate recapture of New Bern was not possible.  The city would remain under Union occupation until the end of the war.

Lt. Abram Pye Haring received the Medal of Honor on June 28, 1890 due to his bravery at Bachelor’s Creek.  His citation reads:

“Haring, Lieut Abram P, 132nd Reg’t NY Vols.  Had not eleven men of the 132nd under Lt Haring in the blockhouse at Bachelor’s Creek, NC withstood a rebel army for over one hour, Newberne would have been captured by the rebels.” (Volume XLI, pg. 136 of the records of the War of Rebellion) 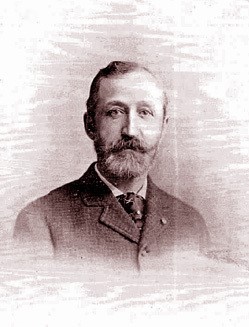 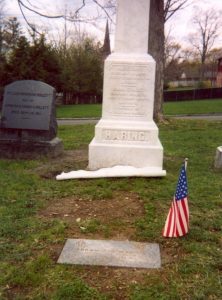