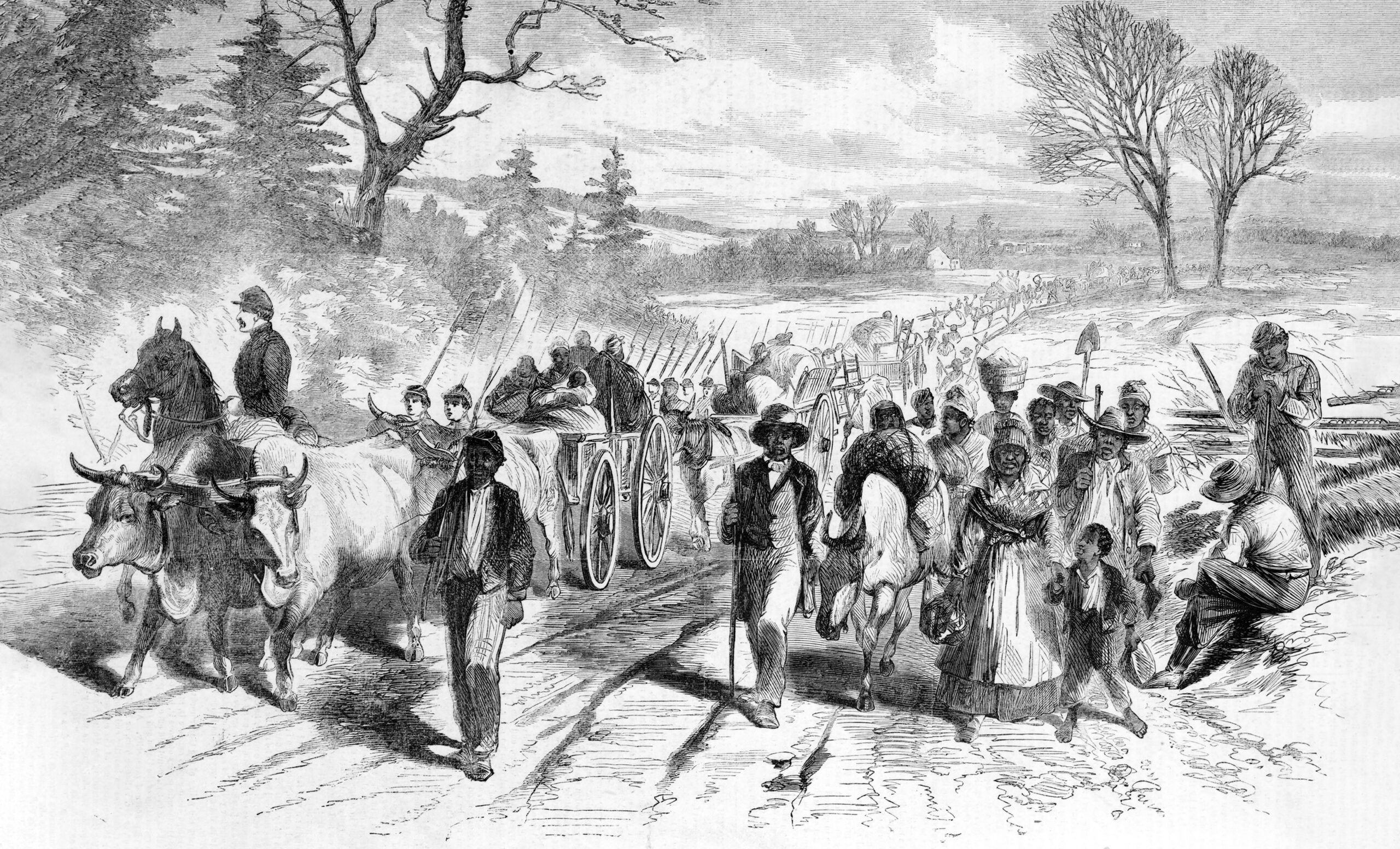 By March of 1862, following the war, the African American population in New Bern swelled to almost 15,000, with the majority encamped across the Neuse River at James City. These black refugees worked together to create schools, aid societies, independent churches, and even formed an unofficial local militia. Click HERE to read more about “Black Soldiers in Blue” and “Corn Stalks to Rifles.”