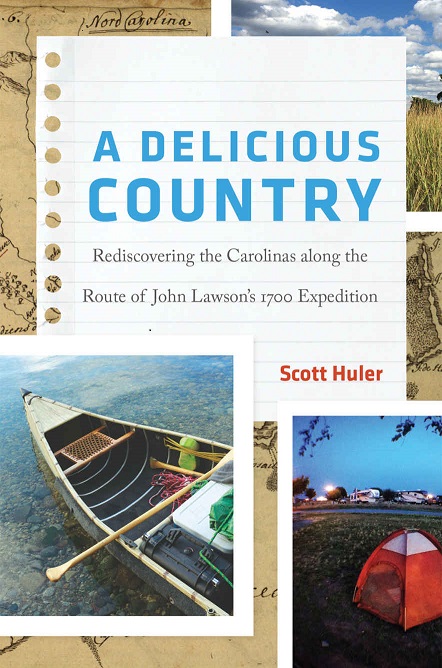 Presented by Scott Huler
Author of A Delicious Country: Rediscovering the Carolinas Along the Route of John Lawson's 1700 Expedition

The Carolina Colony, December, 1700. Lewis and Clark were a century in the future. North and South Carolina remained a single entity governed by Charles-Town. The Carolina interior? Mostly unknown to European settlers. Enter John Lawson, a young man from London hoping to make a name for himself. For reasons still debated in these parts, he undertook a two-month journey through the mysterious Carolina back-country. His 1709 book, A New Voyage to Carolina, was considered the finest description of the Carolinas in the early colonial period. Historians and scientists today still refer to his descriptions of flora, fauna, inhabitants, and geography. Lawson later helped found North Carolina's first two cities, Bath and New Bern; became the colonial surveyor general; contributed specimens to what is now the British Museum; and was killed as the first casualty of the Tuscarora War.

314 years later, MIT Knight Science Journalism Fellow Scott Huler undertook his own journey by foot and canoe, faithfully retracing Lawson's route through the Carolinas. With the help of historians and scientists, he compared today’s flora, fauna, terrain, and inhabitants with those Lawson would have found more than 300 years ago. Where Lawson took 9 years to publish his account, Huler updated his progress from the field with blog posts, images, sound, and video flowing directly from the expedition's blog and Twitter feed. The result: A Delicious Country: Rediscovering the Carolinas along the Route of John Lawson's 1700 Expedition, chronicles that unlikely journey. Combining a traveler's curiosity, a naturalist's keen observation, and a writer's wit, he finds surprising parallels between Lawson's time and our own. 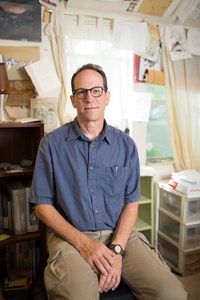 The author of seven books of nonfiction, Scott Huler has written on everything from the death penalty to bikini waxing, from NASCAR racing to the stealth bomber, for such newspapers as the New York Times, the Washington Post, the Philadelphia Inquirer, and the Los Angeles Times and such magazines as Backpacker, Fortune, and ESPN. His award-winning radio work has been heard on "All Things Considered" and "Day to Day" on National Public Radio and on "Marketplace" and "Splendid Table" on American Public Media. He has been a staff writer for the Philadelphia Daily News and the Raleigh News & Observer and a staff reporter and producer for Nashville Public Radio. He was the founding and managing editor of the Nashville City Paper. He has taught at such colleges as Berry College and the University of North Carolina at Chapel Hill. His books have been translated into five languages.

Huler was a 2002-2003 Knight-Wallace Fellow at Michigan, 2011 Piedmont Laureate in creative nonfiction, and a 2014-2015 Knight Science Journalism Fellow at MIT. He currently works as the senior writer at Duke Magazine and lives in Raleigh, North Carolina, with his wife, the writer June Spence, and their two sons.

A reception and book signing follows the presentation. Cost is $10 per person; prepaid reservations strongly recommended.

This will be a sellout!   Prepaid reservations available here or by calling the Historical Society office at 252.638.8558.

The annual Lore Lecture series is named in honor of the late Dr. Richard K. "Dick" Lore, in recognition of his many years of service to the New Bern Historical Society as Historian, board member, and avid volunteer.